Could optimising a diver’s hydration and temperature improve their decompression safety?

Over the last two decades, hyperbaric researchers, and subsequently divers, have come to understand that proper hydration is important in reducing the risk of decompression sickness (DCS). Though it began as an anecdotal belief—it was common to find that “bent” divers were dehydrated— recent studies have demonstrated that dehydration is not only compatible with greater bubble formation, but that pre-dive hydration actually decreases circulatory bubbles.

“More water, fewer bubbles,” DAN Europe founder and president Dr. Alessandro Marroni explained with a grin. “Hydration increases blood flow and therefore the transport of oxygen (O2) and inert gases during on gassing and off gassing. The differential pressures drive the gases.” Hydration, pressure, and of course, oxygen, have long been the pillars of DCS treatment.

What’s not precisely known however, is how much fluid, and when, and at what frequency divers should hydrate to maximise its positive effects. It’s important to note that overhydration can also be a problem and can increase the risk of immersion pulmonary edema (IPE). This is why the ‘stay hydrated’ message must be implemented thoughtfully.

While researchers appreciate the role of hydration they have also come to recognise that a diver’s thermal status over the course of a dive can also significantly impact their decompression risk. Interestingly, this finding was brought to light following the search and recovery of the TWA Flight 800, which exploded and crashed into the Atlantic Ocean shortly after takeoff from John F. Kennedy Airport, New York on July 17, 1996. 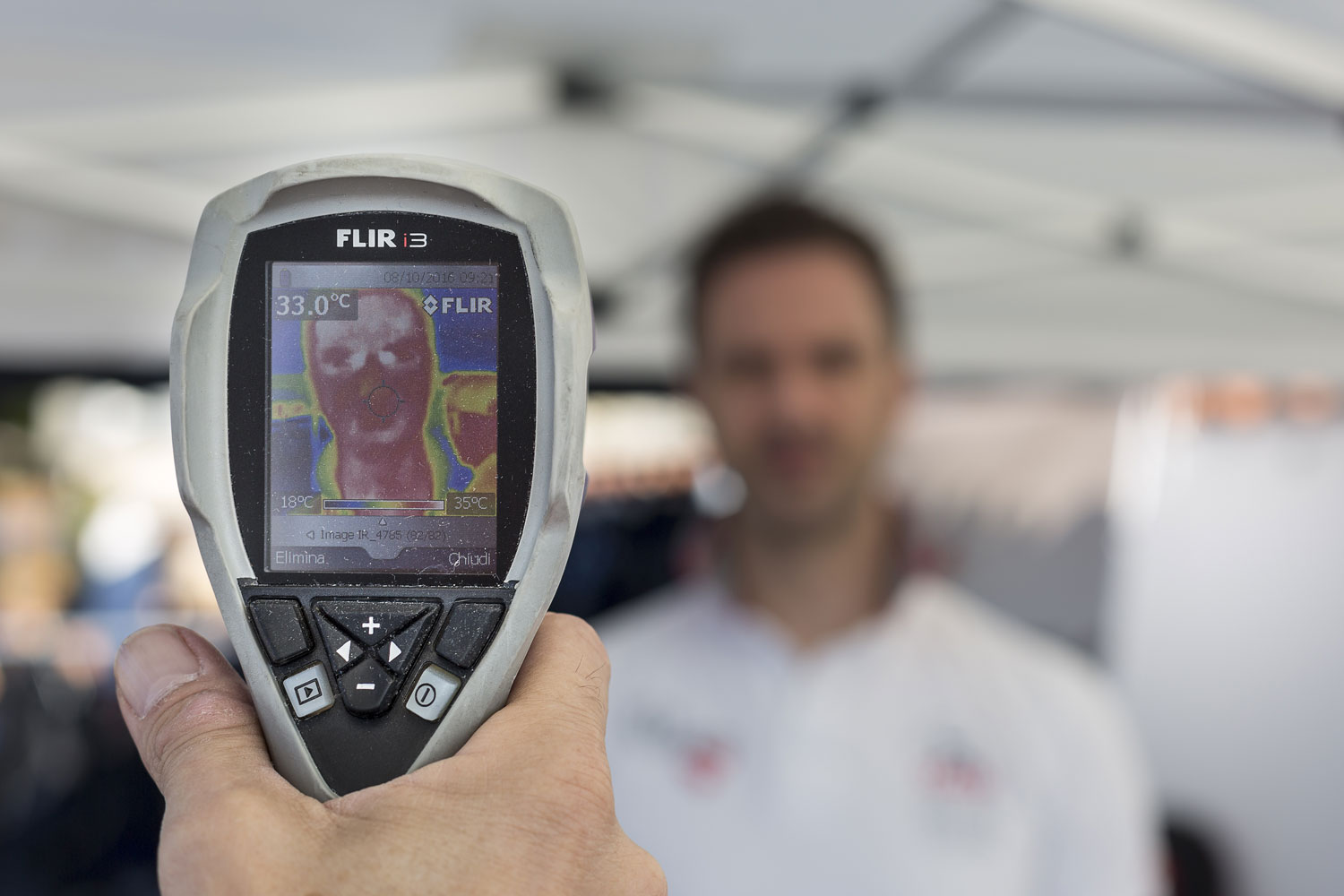 An astute researcher noticed that there was a slightly higher incident rate of DCS that would otherwise have been expected for those US Navy divers, who were involved in the salvage and recovery of the cockpit voice and flight data recorders. The divers wore hot water suits, which actively kept the divers warm.

Of 752 dives to depths of about 36 metres, 10 divers required recompression treatment for mainly Type 2 (neurological) DCS. The resulting 1997 paper, “Recompression treatments during the recovery of TWA flight 800,” by C.T. Leffler and J.C. White, concluded that there was an increase in the DCS incident rate for the actively-heated divers, consistent with earlier observations of commercial divers in the North Sea. The TWA paper led to heightened interest in active diver heating systems and their impact on decompression.

What’s not precisely known however, is how much fluid, and when, and at what frequency divers should hydrate to maximise its positive effects.

In 2007, the US Navy Experimental Diving Unit (NEDU) issued its report on a study conducted by noted decompression physiologist Wayne A. Gerth and his team, titled, “THE INFLUENCE OF THERMAL EXPOSURE ON DIVER SUSCEPTIBILITY TO DECOMPRESSION SICKNESS,”NEDU TR 06-07, November 2007. According to the report, “Diver thermal status during different phases of a dive can greatly influence diver susceptibility to DCS. Cold conditions during BT (bottom time) and warm conditions during decompression are optimal for minimising DCS risk and maximising BT. Divers should be kept cool during dive BT and warm during subsequent decompression.” In fact, Gerth and his team found that adding a 10ºC increase in temperature during deco, was equivalent to reducing bottom time by 50%! Even so, as some researchers have pointed out, the physiological impacts of a diver’s thermal status are complicated.

These evolving findings on hydration and temperature raise the obvious question, could divers take advantage of these factors to minimise their decompression risk? That’s exactly what DAN Europe researchers hope to find out in a new research study that is underway.

The Circulatory System As Conveyor Belt

Dr. Marroni and his colleagues are conducting a “hydro-thermal gradients” study to examine the combined factors of hydration and temperature, as a part of their 2022 research plan. The question they hope to answer: “Can we condition a divers’ blood flow to affect on and off gassing by carefully regulating fluid and temperature, which affect blood flow and vasoconstriction.” The team will measure bubbling in response to varying these two parameters and their interaction. In doing so, they will be using DAN Europe’s new diver biometric system, now known as DANA-Health, to monitor the divers during their dives as well as conducting underwater doppler monitoring and blood sampling. 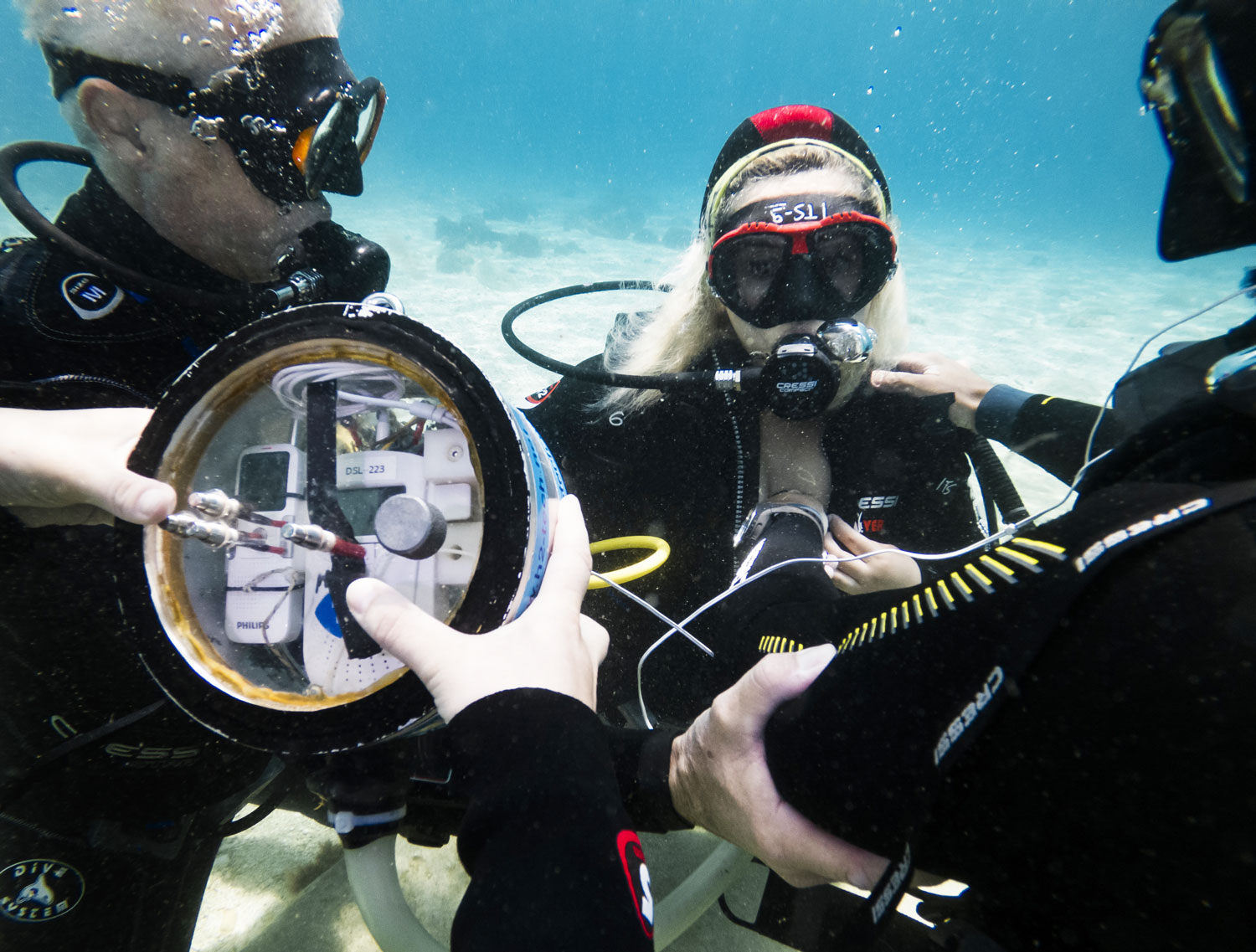 While fluid and temperature may seem to be disparate decompression factors, both are directly connected to perfusion. As Marroni explained,

This means, for example, if a diver is dehydrated when starting a dive, it will slow inert gas transport and uptake. In fact, researchers demonstrated this in a 2008 paper, titled, “Predive Sauna and Venous Gas Bubbles Upon Decompression from 400 kPa,” by J.E. Blatteau et al. including DAN researchers Costantino Balestra and Peter Germonpré. In the study, divers were exposed to a dry-sauna an hour before a chamber dive to the equivalent of 30 metres of seawater (msw) for 25 minutes and then decompressed. The result? The single predive sauna decreased circulating bubbles after the dive. Researchers hypothesised that the heat-induced dehydration resulted in reducing divers’ inert gas loading and therefore bubble production.

In the same way, warming a diver, for example with an active heating system, causes vasodilation thus increasing blood flow and therefore gas exchange. This can be undesirable during the on-gassing portion of the dive, as the examples cited above showed. Conversely lowering a diver’s skin temperature causes vasoconstriction reducing the flow. Marroni’s conveyor belt analogy also explains why mild exercise during decompression has been shown to reduce DCS risk: it acts to increase blood flow, and therefore increase inert gas transport and off gassing.

Taken together, these results suggest a potential strategy that divers may one day employ to minimise their DCS risk or said another way, improve their decompression efficiency. For example, a diver might begin their dive with a specified level of dehydration and active heating system turned off. This would act to minimise inert gas loading during the descent and working portion of the dive. Upon ascent, the diver would switch on, and or dial up their active heating system, and commence hydrating either in situ (IV ports anyone?), and or in a deco habitat, and perhaps perform some light exercise during decompression. 1

The devil of course is in the details. They’re exactly what Marroni and fellow researchers hope to tease out. Stay thirsty my friends.

1. Care in implementation will almost certainly be important. Any increase in active warming should be gradual to reduce the likelihood of bubble formation near the skin since gas solubility decreases as temperature rises. Rapid warming of the skin can lead to skin bends. Similarly, any exercise should be mild, with low joint forces, to avoid the promotion of bubble formation that is a negative effect of exercise.