The most famous wreck in the world 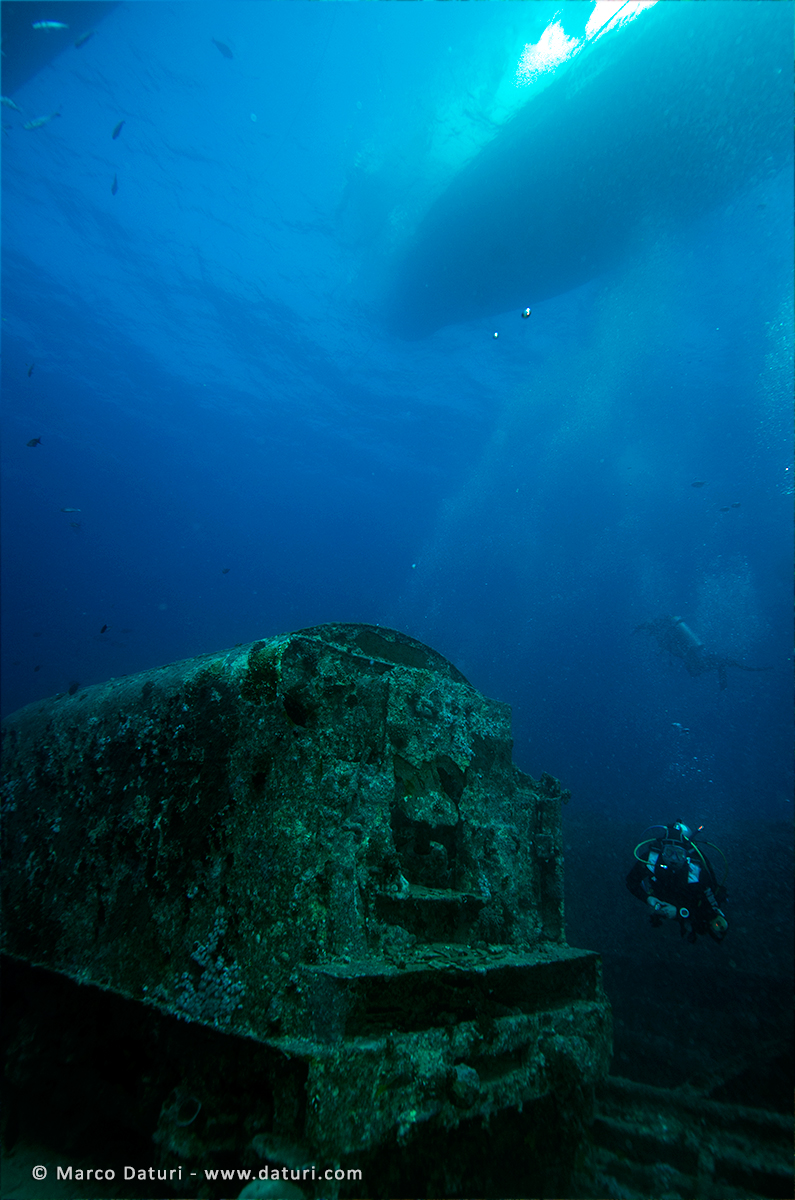 In The Silent World, by Louis Malle, Captain Albert Falco dives for the first time ever on a wreck sunk in the Red Sea during World War II, and the shot of the ship's bell with the name Thistlegorm becomes instantly legendary. Packed with motorcycles, trucks, sidecars, off-road vehicles, airplane parts, railway cars, rubber boots, and ammunition (an incredible number of boots and ammo), the cargo is an authentic time machine. I could never have imagined, when I watched the movie, that one day diving that wreck would become my daily bread. 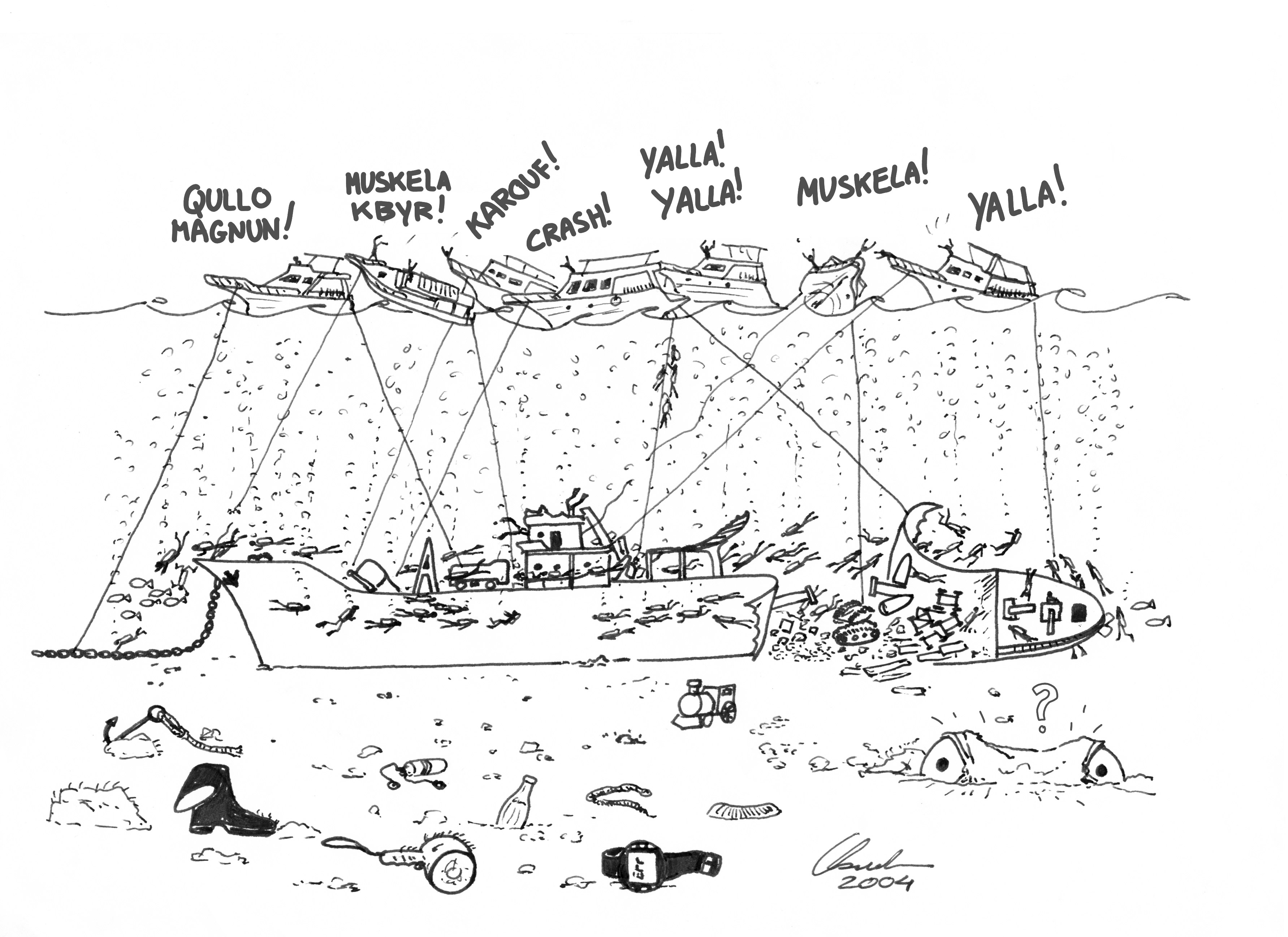 In the Strait of Gobal, the site is swept by strong winds and tidal currents. Expect a strong and variable current, which, in a few hours, could change direction by 180°, and you won't be mistaken. Unless you dive from a RIB, it is necessary to descend (and yes, ascend!) holding a descent line. If you don't, you could be unable to swim back to the line, or if you reach it, you may have sacrificed a half tank of gas. Your alternate air source should be positioned as to avoid free flow in the current: mouthpiece firmly covered, or pointed towards the flow. 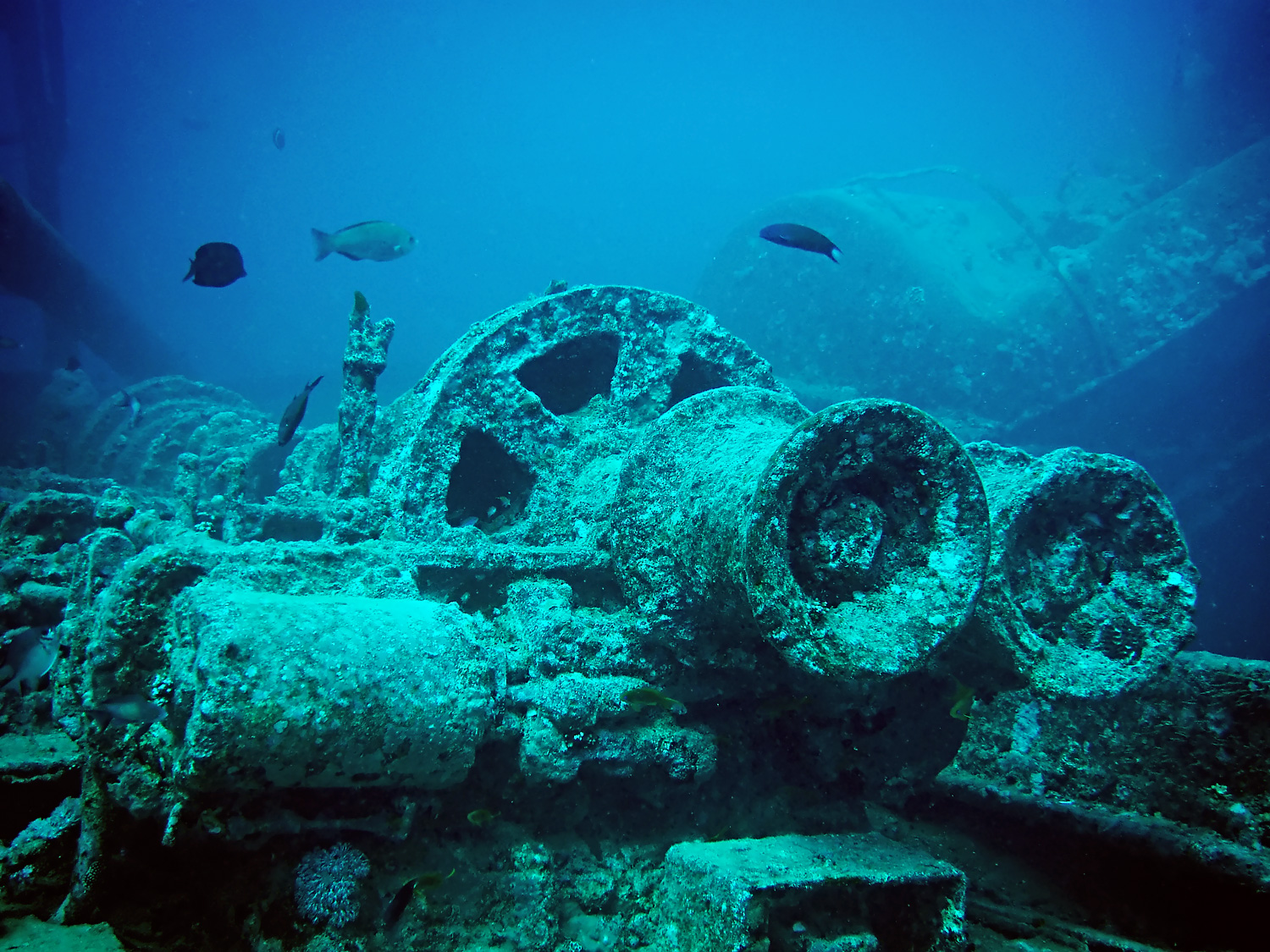 If there's one dive in the world that is worth a Nitrox certification, it is the Thistlegorm. The first dive is usually done on the outside of the wreck. You can use nitrox 32, or even 36 (with a M.O.D. of 28.8 meters) if you don't intend to sit on the bottom at 32 meters.

On the bow, when the current flows from the North, crowds of jackfish, damselfish, fusiliers, and tunas gather. From above or below, it is quite a sight. Between the stern and the explosion site, batfish and schools of barracudas hover around. The bow is the selfie spot. The stern is deeper, and set at an angle of almost 90° degrees. This is the dive where air consumption is seriously affected. 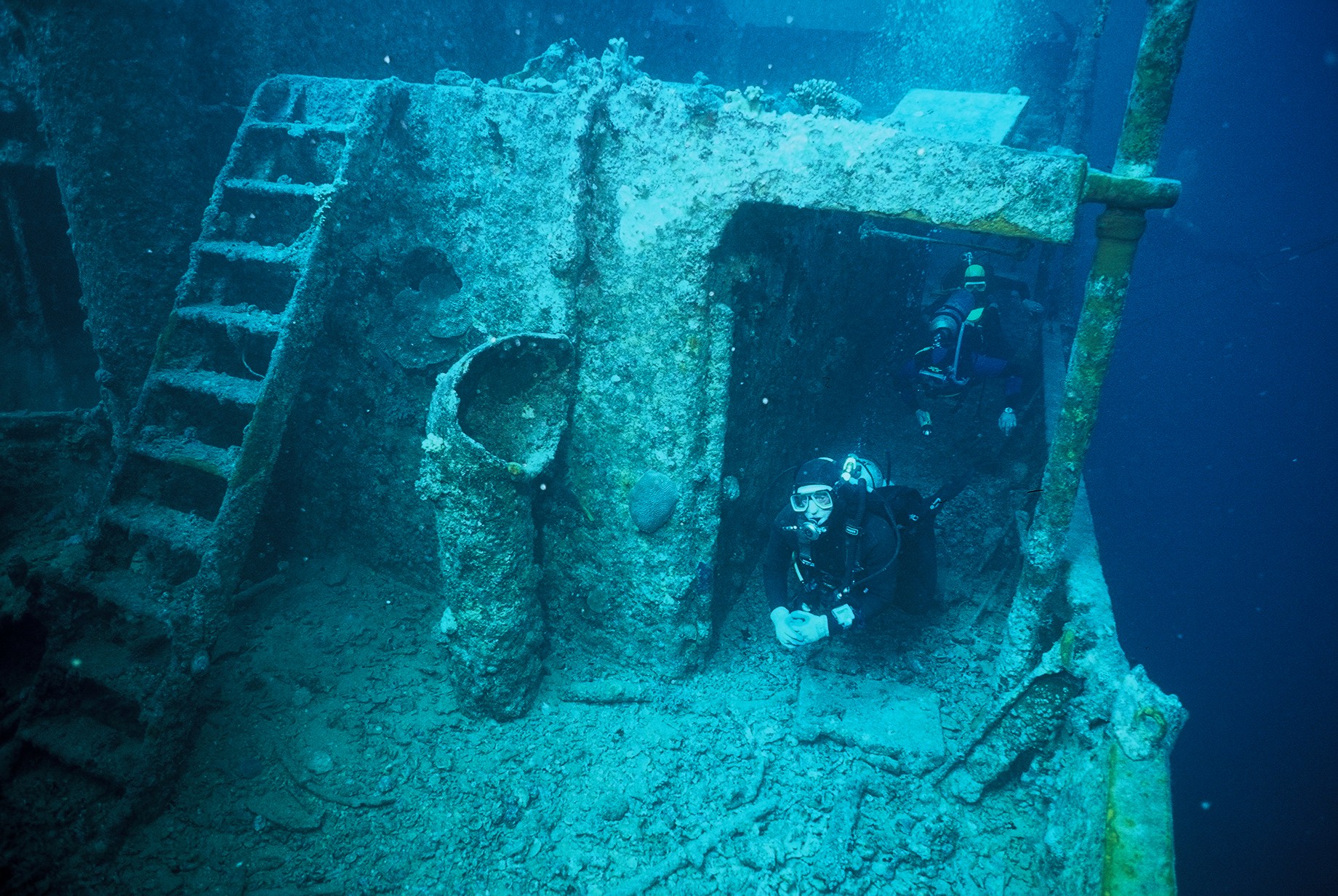 The second dive is conducted inside the holds of the wreck, and the appropriate blend to use is nitrox 36. It doesn't make sense to use a lower percentage blend for a site where the bottom at maximum depth reaches 26 meters. Here, air consumption is minimal since there is no current. The holds are located on two levels. They are not all connecting, but they all open towards the middle, as is the case in most cargo ships, to facilitate loading and unloading operations. Hold #1 on the left side is impenetrable on both levels, for the collapse of a tank wagon on the deck. Hold #3 is almost entirely dark, hard to access, and uninteresting: it only contains coal. Exploring the depths of the holds is not always a great idea; it is better to remain close to the central openings. The visibility inside is usually decent, and everything is visible from the outside as well.

A recent evaluation by HEPCA identified a weakening of the steel structures of the wreck. Holes have been made on the decks to facilitate the release of air bubbles, primary cause of corrosion, and mooring chains have been positioned around the wreck to protect its structures. 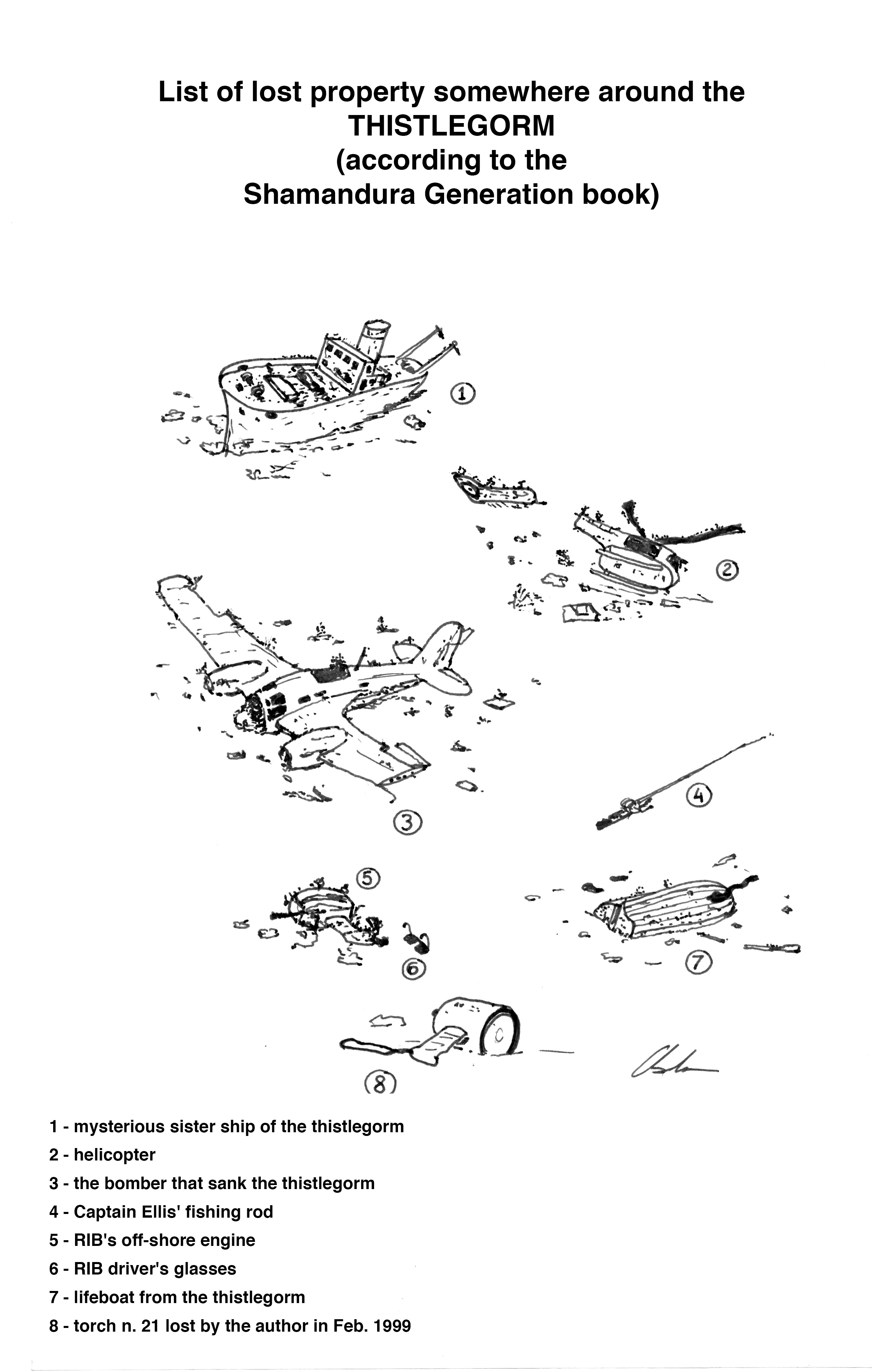 Andrea Zuccari on the wreck with an underwater scooter, voice over by film director Ahmed Sharif: