An interview with Michele Geraci

On August 24th, 2014, off the Capo sant’Ampeglio, Bordighera, Michele Geraci reached a depth of -253 meters and became the deepest Italian diver.

- Yet your intentions were more ambitious, Michele...

My goal was to go deep, very deep: 340 meters, a depth I had to reach in 14 minutes tops, otherwise I would eat away at the back-up air supply provided in case of a gas crash (the breakage of a gas line). A problem with a valve slowed me down and minute 14 chimed in just below 250 meters. So I stopped my descent.

- But you came out smiling, anyway...

Yes, it was a good dive and I came out fine. Sometimes stopping is a very hard thing to do, if you can stop it means that you are the master of yourself. 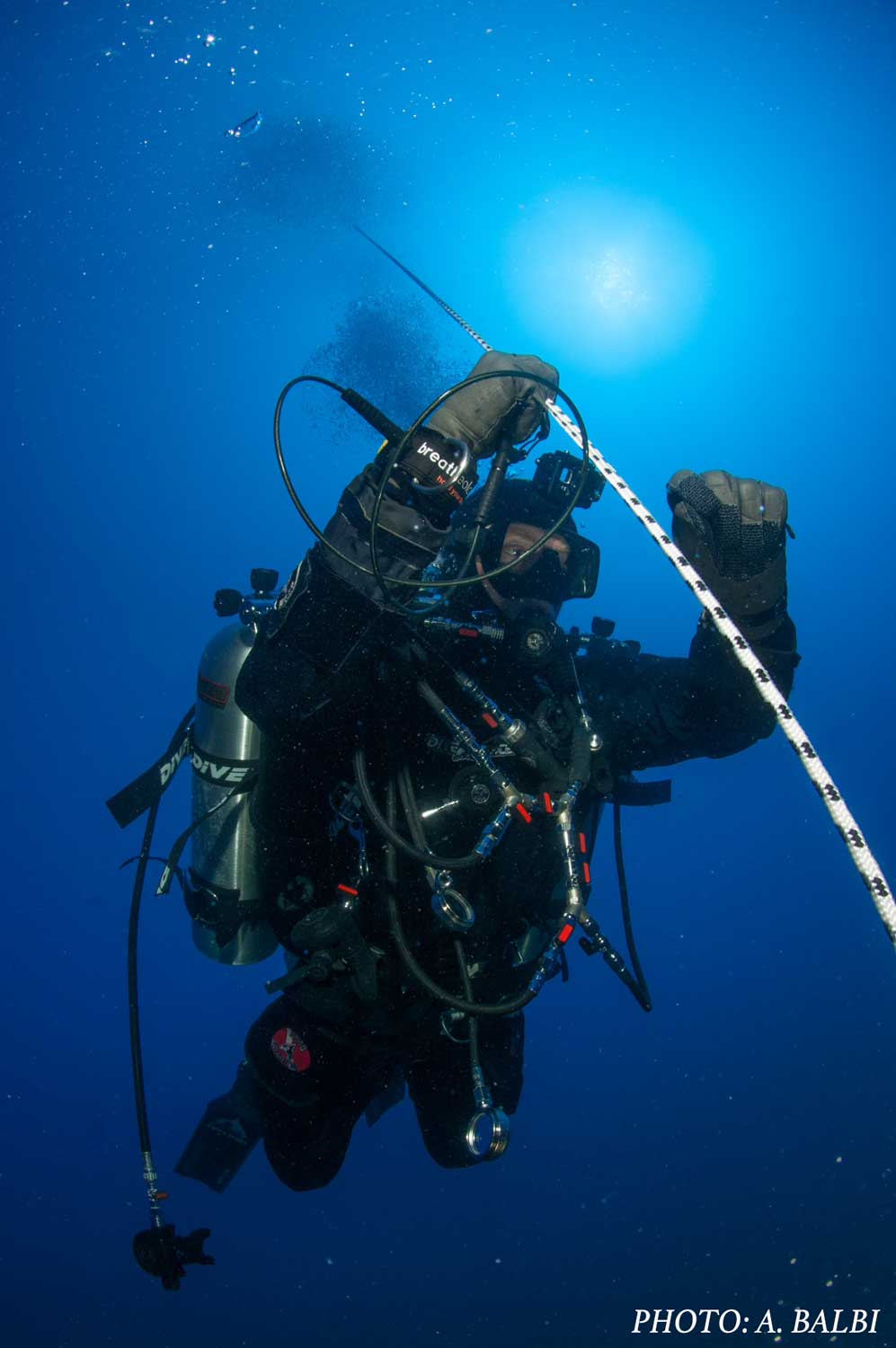 - You and diving: how did the story begin?

My father is an old school diver, and when I was 8 he put on my back a small, 4-liter ‘Aralù’ tank. I can still remember it, I entered the water from the beach and I was supposed to stay in for 10 minutes only, but he had to wait for me to finish up all my air, I didn’t want to get out any more…

Freediving! I used to go fishing for my cat. Nowadays I think of all of it simply as diving and I alternate between scuba, rebreather and freediving, between photography and fishing. When I wake up in the morning, I look at the sea and I decide.

- You and DAN: insurance or research?

I took out my insurance with DAN in 1994 during my second level course, but I soon came to understand that there was more to it, and in 1997 I became a DAN oxygen provider instructor. Soon after that, I took part in a research project with the black boxes supplied by Uwatec, I collected data on diving profiles, at the time I used to dive down to 150 meters already and I thought it was important to share my experiences, as there were not many stats on that kind of diving. But there is also another thing I like about DAN: the human approach of their researchers, it is something that goes beyond the cold statistics, tables and figures. 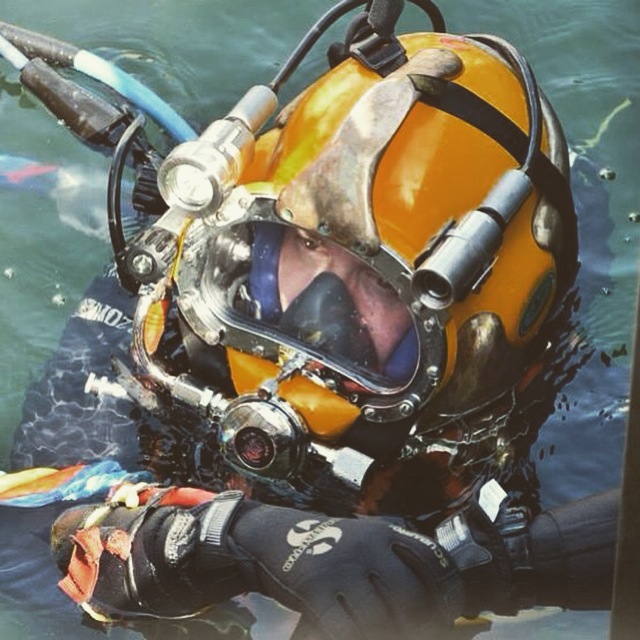 I am indebted to DAN, I can say that I owe DAN my life, although it happened by chance. My dive for the record involved a descent on a vertical cable, there was no big risk of entanglement, a knife had very little priority so I left it on the surface. During the ascent, at 140 meters deep, I found that my five-tank contraction got caught on the loop of the camera cable. I could go neither up nor down! I was tied, and when I looked at the screen of my computer, I noticed a small self-rescue knife that DAN gifted me with 6 months before. I had inserted it into the computer’s wristband and all but forgotten about it! Even today, I get goosebumps whenever I watch the video.

- Tell me about a WOW moment.

Just one example: I was diving with a friend on the Tirpitz wreck in Sanremo, and at the end of the dive a dolphin came near us, 70 meters off! But the incredible thing is that we spent the whole hour and a half of decompression while admiring his cavorting. After we got out of the water and took off our gear, we dove with him again, and later he escorted us to port, playing in front of our bow. Really, wow!

- As an instructor and a consultant, what do you contribute to diving safety?

I have carried out many projects, mostly developed in federal training programs, and now I am dedicated to safety for freedivers in deep-diving competitions. Last October, I had the honor of being appointed as main referee for the CMAS Apnea Outdoor World Championships. In the future, we hope to make even simple training sessions as safe as the world championships themselves.

- A typical day and the role of a diver in the Firefighting Brigade.

We work on 12-hour shifts, by day or by night. By day, we have the role call at 8 together with our colleagues from the headquarters, breakfast at 9 and then drills, in the sea when that is feasible, or in a pool otherwise. After lunch, some maintenance work, and after 17, as long as we didn’t get “bubbles”, a gym or running session. Of course we are always ready to step in action in case of an emergency. Every day, we detach two of our divers as helicopter crew.

Well, I would like to go deeper than 300, not only because of the record, and I am working on it, but right now the thing I care the most about is the apnea project. I would like to see it broadcast on TV at the Olympic Games. Yes, that is probably my dream. 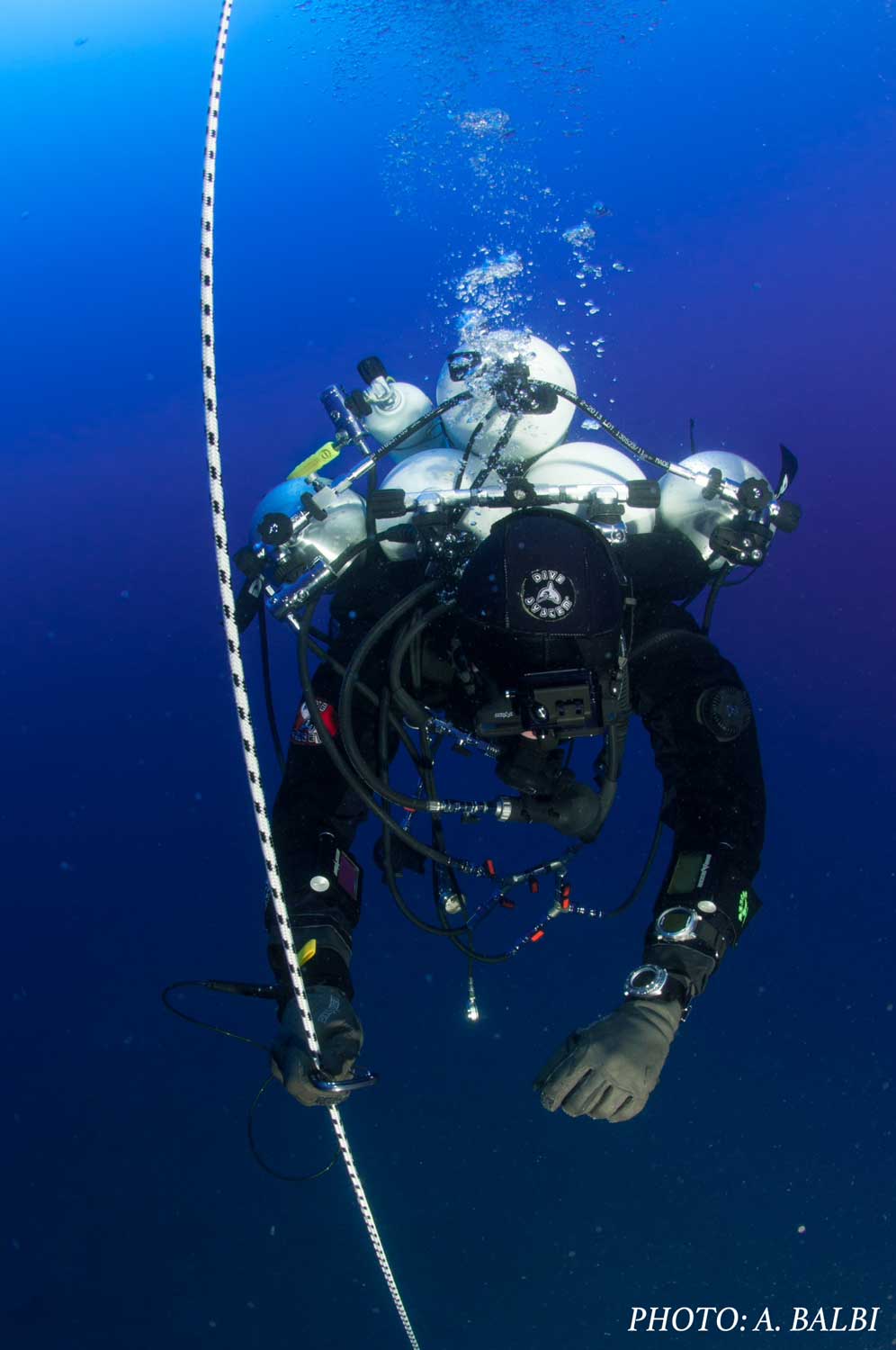 - Let’s talk about your favorite diving spot, the ‘tombant des americains’ in Nice…

It is the spot where I grew as a deep diver. The “Tombant” is an incredible vertical face, there is a crest at 55 meters, cliffs covered in huge gorgonias, the 55-85-meters belt is so beautiful it looks like the Maldives, red coral, black coral, sponges of every kind! At the foot of the vertical face, there is a short, sloping mud balcony, which is normally cloudy, spooky, it doesn’t entice you to pass through it, but once you are through, you find yourself on the dome of a cave, with the bottom at 118 meters deep. You feel like in a movie, adrenaline is strong, you can only relax if you go on. After 160 meters there are more cliffs, the face turns into a landslide, there are boulders with very strange shapes stemming up from the sea bed like Gargouille (monster spires). Below 200 meters, a lot of mud... this is the abyssal zone.