Equaleasy - Debunking the myths of equalisation in diving

Anthropological studies on Homo subaquaticus show that members of this species are quick to learn—at a cost—that their ears play an important role when they go underwater. The most common underwater accident that occurs with this species is barotrauma. Yet when it comes to myth-making, the more fanciful stories produced by members of the species seem to relate not so much to barotrauma, but mainly to how gases affect the body, especially the brain. Stories on the topic of equalisation and proper hygiene for the ears and nose seem rare. Evolution at work?

"Nowadays divers are well informed; they are thirsty for knowledge"

Dr. Cosimo Muscianisi, ENT specialist, diving and hyperbaric doctor, and passionate technical diver, has no doubts, “Judging from their questions, and from the terminology they use, we meet well informed divers at meetings and conferences.”

“Unfortunately, we witness some bad practices, amongst divers and non-divers. Accidentally even some diver could try to remove some wax by using inappropriate tools like parts of toothpicks and swabs. The deep insertion of earplugs or headphone rubber parts could require the intervention of an ear specialist for their removal.”

A careful diver is unlikely to insert in her/his ear canal objects that could permanently damage the ear, such as keys and pen caps. Yes, as Dr. Muscianisi witnessed, there are people who believe that the tiny groove on the cap’s bayonet, as that of the keys, is suitable for ear wax removal. Generally speaking, as divers we don't do such silly things. We make different mistakes. 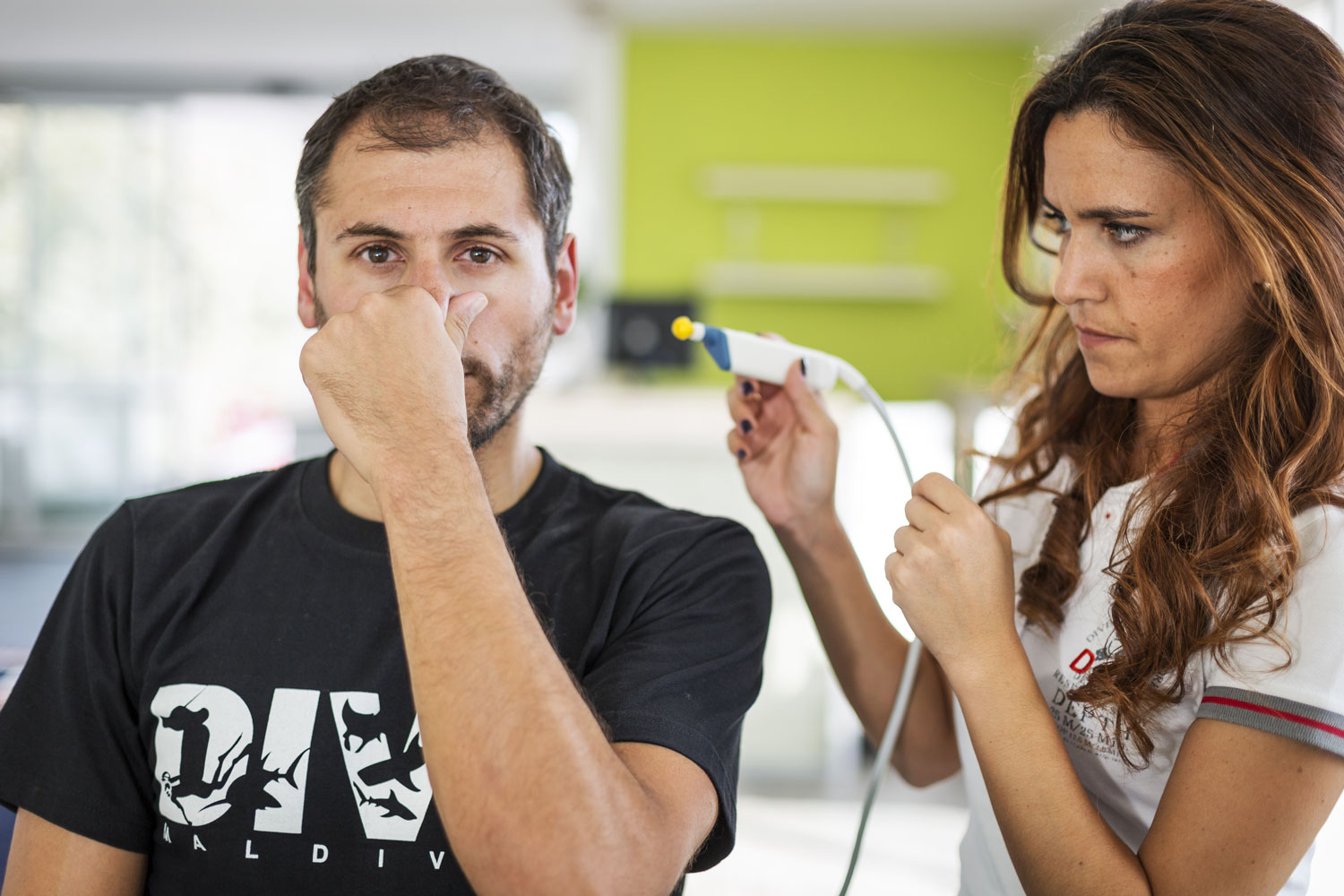 During initial training, divers typically pick up a few ideas about diving physiology. Their knowledge grows as they continue their education. An entry-level certified diver would be afraid of breaking the rules; they would hardly dive with a cold or sinusitis. What’s more, because they obey the sacred instruction in their diving manuals that specifies a reverse block could cause much worse sorrow than calling the dive, entry level divers avoid using nasal decongestants at all costs. A diving professional, on the other hand, might take ephedrine derivatives or other orally administered vasoconstrictors for their long-lasting effect, if in need, despite (and sometimes wilfully ignoring) a variety of associated side-effects that are incompatible with diving.

Empowered by a handful of notions as it were, diving professionals are typically the most likely to exhibit an excess of confidence. Like all divers, whether entry level or instructors, they are sorely tempted to make self-diagnoses, with the help of the infamous “internet consulting”. Most divers, and an even greater number of non-divers, typically blame a sense of fullness in the ears and muffled hearing on an excess of earwax, explains Dr. Muscianisi, though in many cases it could be a symptom of a middle ear problem. A neglected inflammation of the middle ear can lead to a symptom’s worsening in the mastoid and middle ear area. Conversely, in the case of hitching as the main symptom, the unsupervised use of corticosteroid drops, or tablets could lead to a worsening if the case were linked to a fungal infection in the outer ear. The consequences in either case can be serious, such as permanent damage of the auditory system, or having to hang up one’s fins for good. 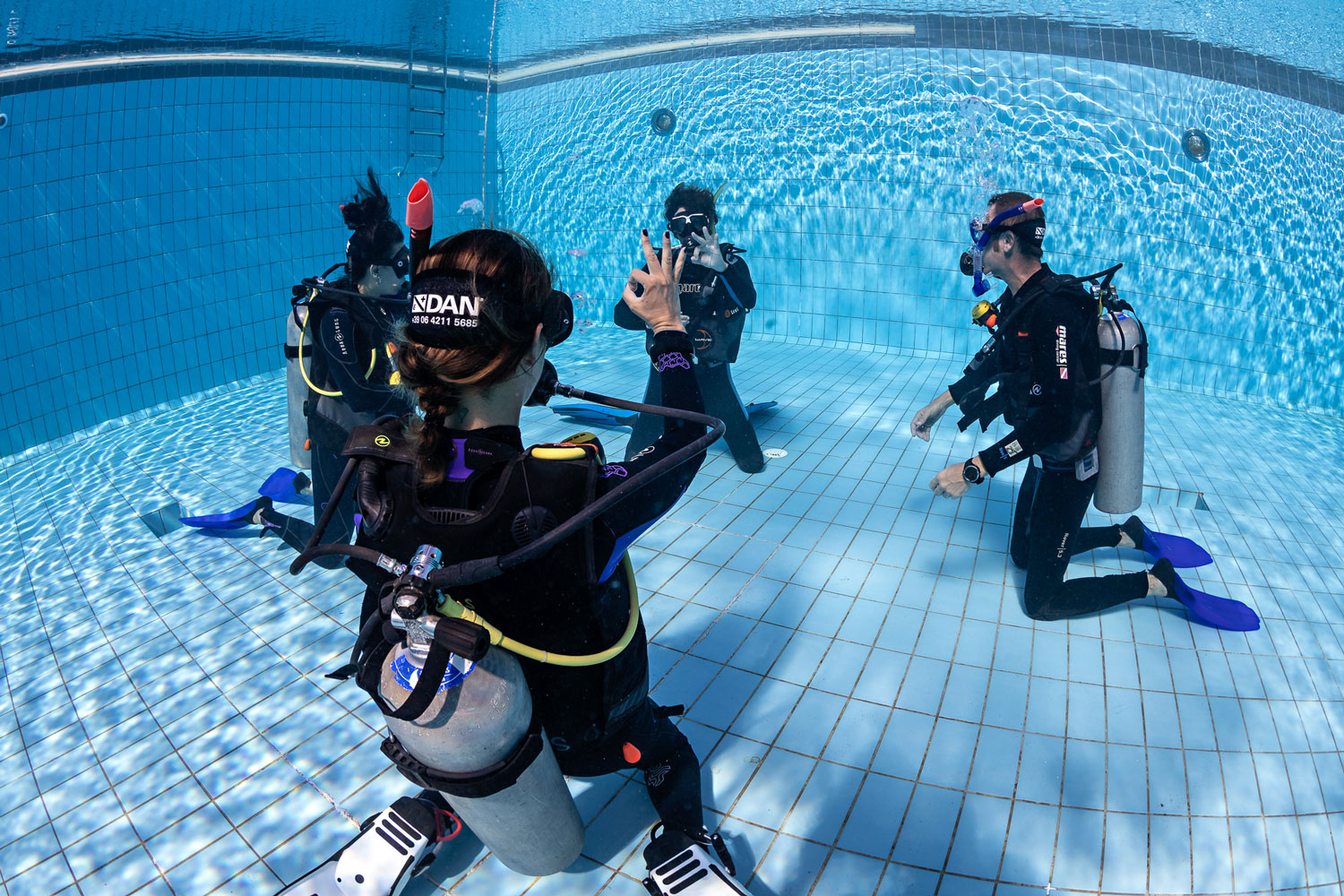 Top of the chart

On the top ten list of underwater misadventures, barotrauma retains the number one spot. It is hard to find a diver who has never suffered from it. When barotrauma occurs, we all know where to put the blame: an equalisation mistake, the thoughtless use of decongestants, or diving in not perfect health conditions, as with some sign of cold. Unfortunately, the sacred training texts offer little to satisfy divers’ thirst for knowledge on this topic. As a result, most divers only know one or two equalisation techniques. The more skilled ones know three. However only a tiny fraction of divers would be able to demonstrate mastery of just one of these techniques.

Many divers are unaware that equalising at depths as shallow as ten metres can be difficult, if not impossible, without the help of compressed gas from scuba. Many divers are unaware that equalising head down, feet up can be a challenge. Yet we constantly use our ears, nose, and throat to breathe, swallow, speak, smell and taste. But we are not fully in control. Maintenance and control of this area of the body are historically an exclusive domain of opera singers. Unfortunately for us, opera singers never developed an equalisation course for divers. Can you imagine? But then most divers would struggle to hit a high C.

That being said, it’s time to find out how much you understand about equalisation. Are you ready? Pinch your nose and click here!

Are you looking to increase your awareness and skill level in equalisation? DAN Europe has got your back. Italian “No Limits” freediving champion Andrea Zuccari, has teamed up with DAN Europe, to create the Equaleasy-Equalisation Awareness Course designed to put you in control of your equalisation and provides three levels of certification depending on your interest and qualifications; Equaleasy student, Instructor or Instructor Trainer. Learn more about the course here: Equaleasy course.