Around the world, referral rates for mental health support are rocketing, due to the pandemic.

You finish dealing with a problem and notice that your breathing rate is faster than usual. You pause for a few moments and it settles again. You start thinking about other things that could go wrong and fear shows up. Then you quietly tell your mind that these thoughts are not useful to you. You move your attention to the present and focus on the dive.

Underwater we are vulnerable to the hazards of the environment. This can generate all kinds of tricky human experiences: physiological reactions to stress, unwanted emotions, and unhelpful mental experiences. Dealing with actual problems taxes our cognitive capacity and can sometimes lead to excessive task load. This can have a direct impact on performance and, if left unchecked, can turn an inconvenience into a major incident! Even when everything is fine our minds can generate mental chatter that catches our attention and can alter physical processes like breathing, or heart rate. Among other things, this can have undesired effects on our buoyancy control or SAC rate. 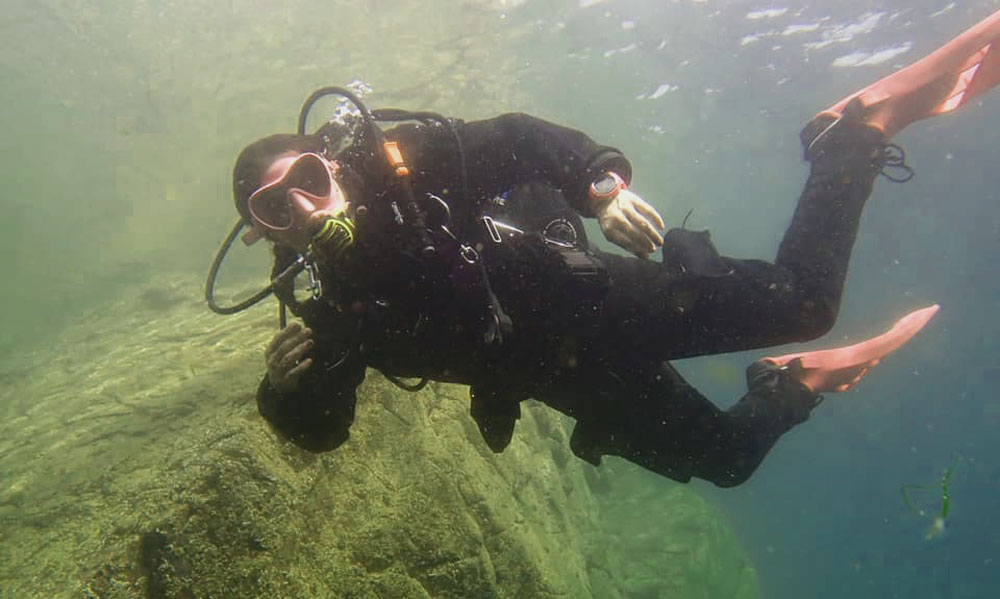 If we want to be able to dive safely, achieve longer dives and execute skills competently, then we need to be able to regulate. Regulate to manage reactive emotions like fear or frustration. Regulate responses to pain and other sensations. Regulate to move our attention flexibly to maintain situational awareness. Effective regulation of emotion and attention is fundamental to diving, so what is it?

Think about your scuba diving regulator. What do you want it to do? Presumably, you’d like to be provided with an appropriate gas for the depth, at a pressure that you are able to breath comfortably.  If that is what you are getting, then the equipment is functioning effectively to regulate the supply. Regulation of gas supply is an adaptive process, changing according to depth and other variables. Human behaviour is also regulated. The mechanics are rather more complex, but the central aim is the same: for the human to do things that are adaptive to the situation. One useful concept of emotional regulation is Paul Gilbert’s Three Circle model for affective state. He describes three core areas of psychophysiological regulation that adjust according to context:

All three are continually changing to meet the demands of the situation. They can become dysregulated by physical or psychological stresses which can be problematic and a barrier to effective behaviour, for example, being stuck in active fight/flight can lead into panic. 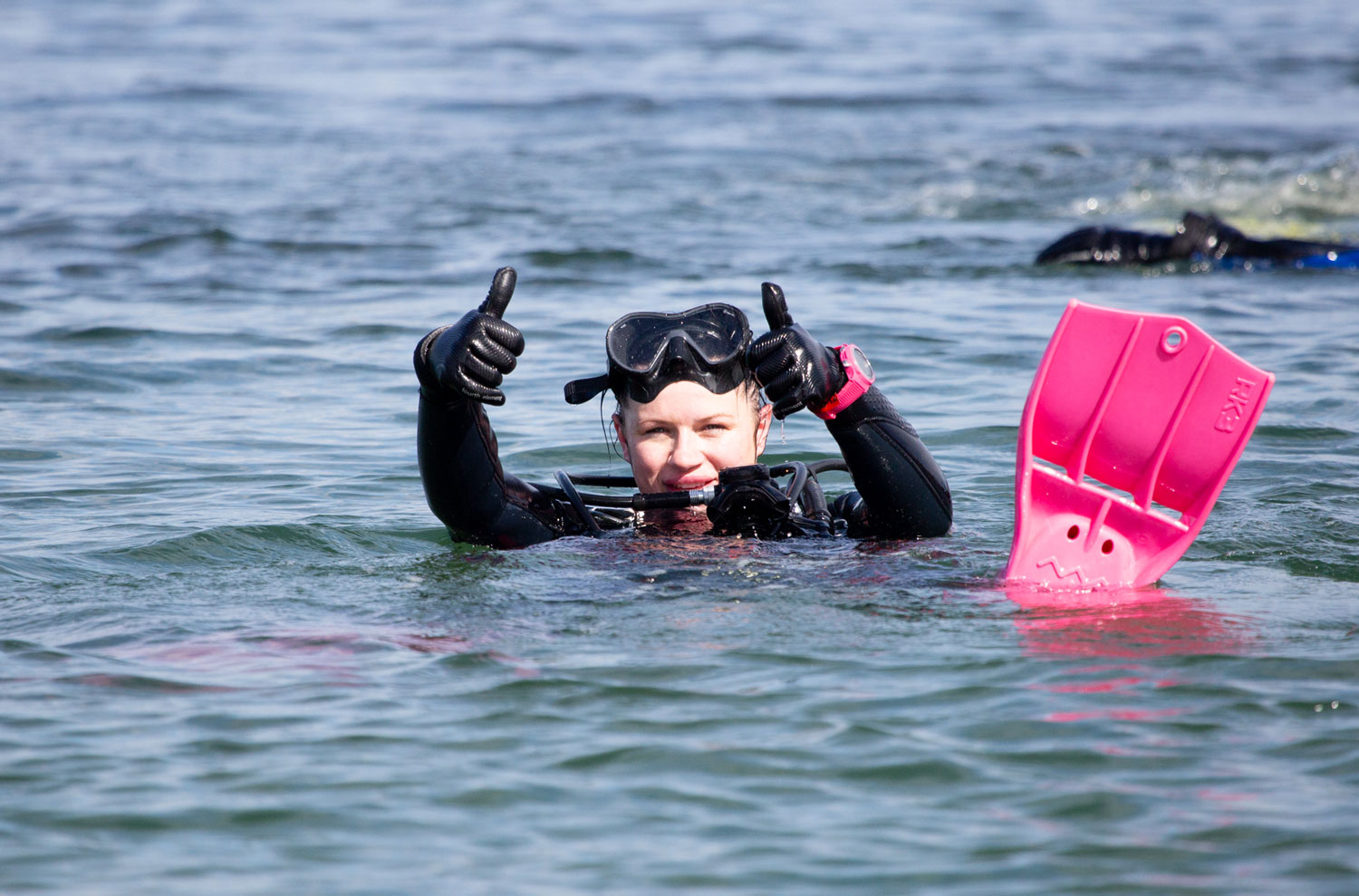 Regulation of emotion and attention is at the core of our wellbeing and success in life. Flexible adaptation to context allows us to respond effectively and thrive. During times of difficulty our regulatory systems can become overwhelmed: nerves frayed by worry or lack of sleep, endocrine processes tormented by trauma and cardiac rhythms erratic from stress. Our psychological processes are entwined with this physiological hardware in such a way that they influence each other. For example, rumination and overthinking sparked by anxiety about global events can set up a cycle that can lead into illness. Direct contact with traumatic events can influence body and mind in such a way that the regulation is damaged long after the event has passed, potentially creating an ongoing process of harm to social and psychological function.

Rest, connection, and the relevant forms of therapy work because they restore regulatory function. Psychological therapies target cognitive (thinking) processes, memories, and actions. Physical therapy and movement releases tension, improves fitness, and assists in processing thoughts. Feeling supported and belonging to a community can go a long way to allowing a person to reset. Removal of, or escape from, environmental stressors can sometimes be achieved and plays a part in emotional regulation: for example, if the stressor is a 14-hour workday, then take a break from the office. Or go diving! 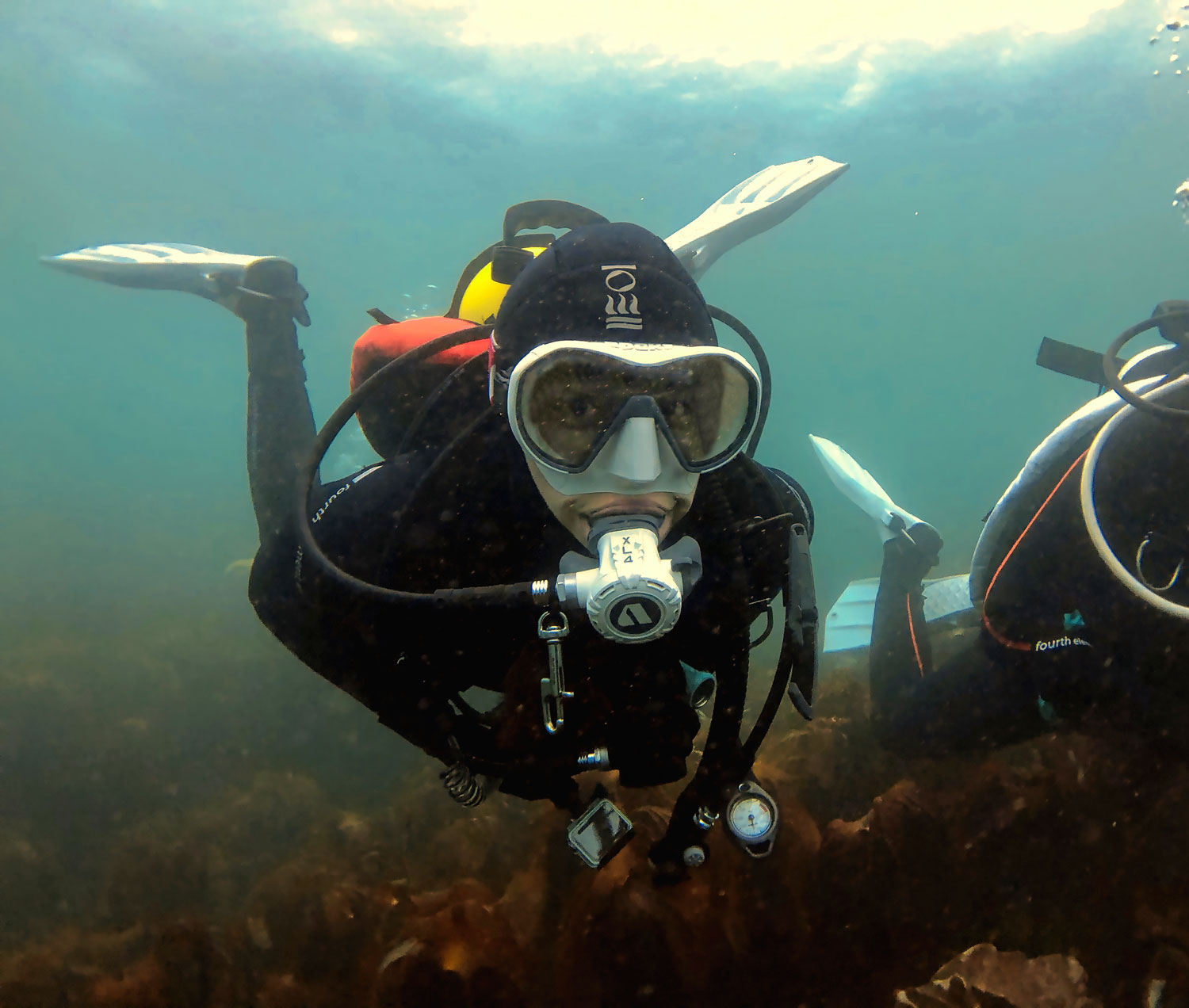 One study demonstrated that scuba diving was superior to other recreational activities in the reduction of stress. Researchers followed 67 members of the same sports club through a one-week training course, assessing their perceived levels of stress and wellbeing. Approximately 90 percent of all participants were stressed at baseline; scoring above the clinical threshold. Roughly half of the participants spent the week scuba diving and the rest engaged in multi-sports including kayaking, climbing and hiking. At the end of the program and for a month afterwards the divers showed a persistent reduction on the perceived stress score (p<0.01).

In contrast, for the multi-sport group, there was no statistically significant change in stress.  Furthermore, 13.51% of the diving group decreased their perceived stress scores to below the clinical threshold, compared to 6.67% of the multi-sport group. Like the multi-sport group, the divers also showed improved mood following the week. This was a small study and there are methodological issues to consider however the findings match with anecdotal reports that divers feel better due to scuba diving.

The therapeutic effect of diving can be applied to rehabilitate people who have suffered extreme trauma and injury. More investigation of the specific therapeutic effects is needed, however, it is clear that the effect is multifactorial.  Ingredients likely include: escaping the mundane, disconnecting from communication technology, the Blue Mind effect, various effects associated with hyperbaric pressure, improved breathing, connection to community, a sense of purpose, the need to respond to challenges... and more. 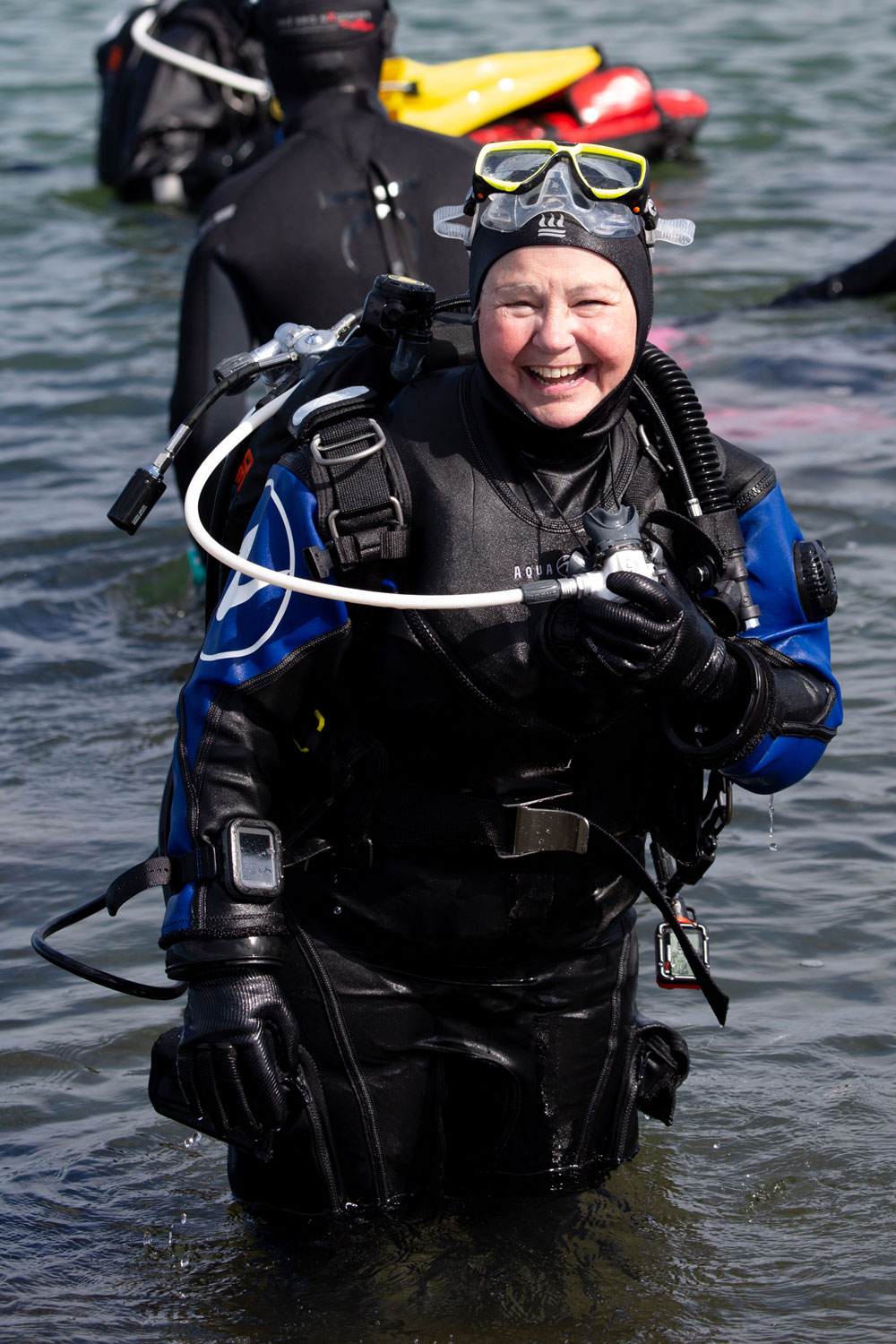 Studies of programs that offer scuba diving as part of rehabilitation for injured military veterans are demonstrating significant qualitative and quantitative effects.

It is also possible that diving improves our core ability to regulate in a way that we can bring the changes back to the surface. The diving environment provides natural feedback to our regulation systems. If we get stressed our breathing changes. On open circuit that stress response can be seen in the bubbles. In fact, scientists have previously counted divers’ bubbles as a way to quantify stress levels: for example in a study to assess the merits of mental skills training, the researchers measured respiration rate by observing the number of times bubbles were exhaled per minute. Divers learn to notice changes in buoyancy control or breathing as indicators of emotional and attentional state. Essentially it provides natural “bio-feedback” that allows divers to learn ways to control mental and bodily processes to improve performance or psychological state.  In addition, as technology develops with wearable devices able to provide real-time analysis of heart rate and breathing, there is potential for enhanced awareness of the connection between diver behaviour and physiological states. Acting on such feedback, divers are motivated towards improved emotion regulation with the incentive of longer, more relaxed dives. Going deeper, effective regulation helps us to stay focused and calm under pressure.

In conclusion, understanding and improving regulation not only has a direct effect on each dive, but also there is an emerging awareness that there may be more profound effects that benefit the wider wellbeing of divers. 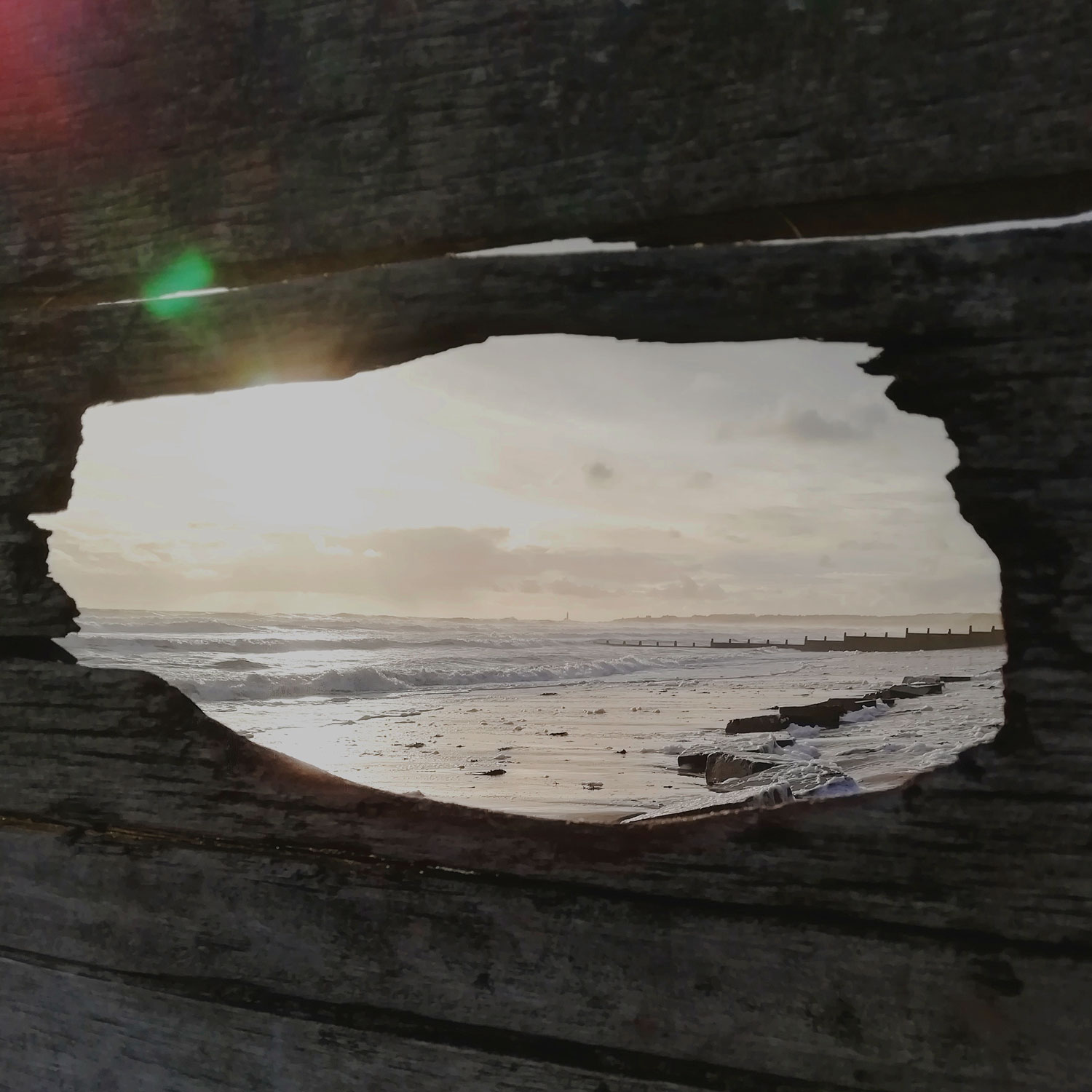 Laura Walton is a clinical psychologist and scuba diving instructor bringing together psychology and scuba diving to help people with their diving. She provides specialist psychological services for scuba divers and accessible courses. Laura has been guiding and teaching scuba diving in the UK since 2012, and is currently a PADI IDC Staff Instructor at The Fifth Point Diving Centre, Blyth, UK. 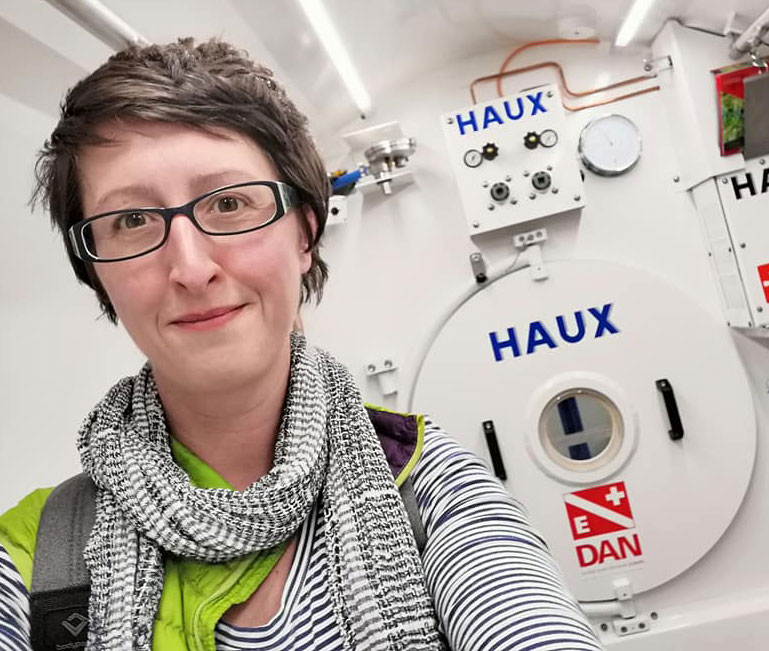 During a dive, the occurrence of symptoms that could be attributed to an anxiety-like state, such as chest palpitations, increased respiratory rate or oppressive thoughts about the dive (the feeling of not being able to make it, the fear of not being able to complete the dive as initially planned, feeling the water pressure and its blue color as overwhelming or difficult to bear, to name a few), should be brought to the attention of a dive instructor or directly, if not through his or her help, to a mental health professional such as a psychologist, psychotherapist or analyst.

Such sensations or symptoms could in fact be indicators of an important experience rooted in our personal history, which has its origins in a more distant time. The resolution of the mentioned discomfort experienced while diving could be found in an action of rationalisation of the incident, trying to break it down into its parts and dealing with its components, for example starting from the equipment used, or the gas mixture chosen, or a greater knowledge of our respiratory physiology. This approach, however, may not be sufficient to resolve a condition with much deeper and unacknowledged roots, which would require a closer analysis. In this case, it might be necessary to open up some gaps in time and connect with a past that may have unexpectedly actualised again in the presence of similar conditions to the initial imprinting. In conclusion, never underestimate the manifestations of the body, especially when they occur while diving.