"How would you like your jellyfish? With salt and vinegar?"

In the fictitious American movie “The Heartbreak Kid” the famous Hollywood actor Ben Stiller anecdotally encounters a stinging, jellyfish-like marine creature. Stung by the feared Portuguese man o' war (which is not really a jellyfish, but a colonial organism called “siphonophore”), Stiller is seen screaming on the beach during his Mexican honeymoon, and the only life-saving remedy is: fresh urine from his wife. Ugh! No wonder the world of divers and swimmers is yearning for another treatment. 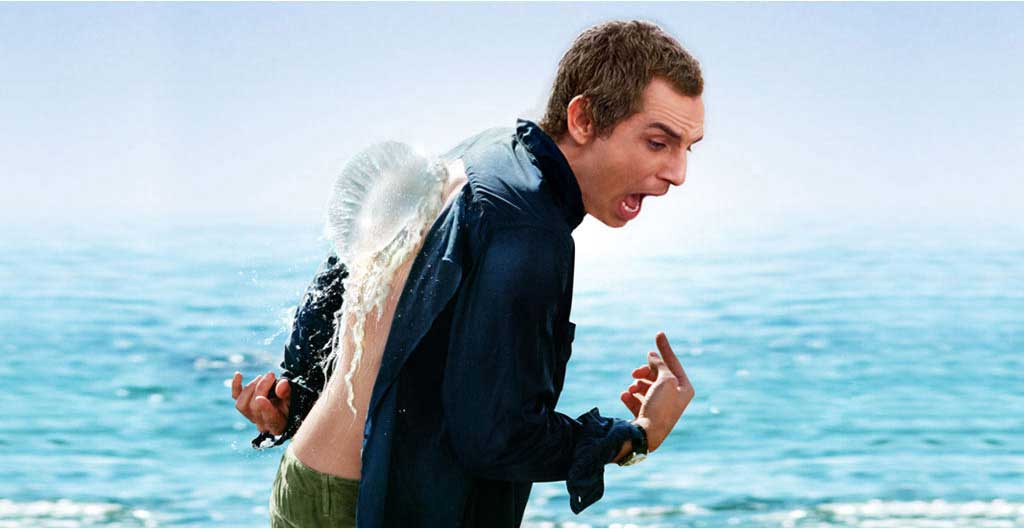 The Portuguese man o' war is a colonial organism made up of a myriad of specialised minute individual organisms, while a jellyfish is a single multi-cellular organism. What these two have in common though is their stings. And this is what this article is all about…

Jellyfish carry cells on their tentacles that can effectively fire microscopically sharp harpoons filled with potent venom at whoever comes too close to them. To a water sports enthusiast, this means uncomfortable pain and skin rash (erythema) — for the jellyfish, it is a survival mechanism.

Luckily, warm urine is not the only treatment for jellyfish stings and the like. Different jellyfish fire different venom, thus effective treatment may differ as well. In fact, research scientists at the Division of Emergency Medicine from the Department of Surgery of Stanford University School of Medicine have recently investigated which treatments are best suited to different stings. A good treatment of jellyfish stings would effectively relieve pain, reduce and inactivate the discharge of venom and prevent skin inflammation.

Unfortunately, being on a dive boat sometimes offers a limited range of options for emergency treatment. Most rescue and first-aid courses encourage deactivating the venom by washing the affected area using vinegar of 4% or 6% acetic acid solution, followed by hot water immersion. If hot water doesn't reduce the annoying sting, we are recommended to use cold water, alcohol, papain meat tenderiser or sodium bicarbonate. Lidocaine – a local anaesthetic, cortisone – an anti-inflammatory drug or sterile saline solution — a liquid similar to seawater, could also work.

If none of the above remedies work, use the same medium the jellyfish lives in! Seawater. Any change of osmolarity can trigger a discharge of nematocysts. In order to avoid this, saline solution might be a good replacement for seawater, while freshwater can be replaced by tap water.

The good news is: it’s just first aid – back on land we will be in healthcare heaven. Then we can see a doctor who will eventually give us the real stuff – painkillers, antibiotics, disinfectants, and anything else you might need. The risky part to first-aid treatments on board is, if you use the wrong treatment, you might trigger the discharge of not yet fired little harpoons still sticking on your skin. And then the pain will start all over again. Ouch! 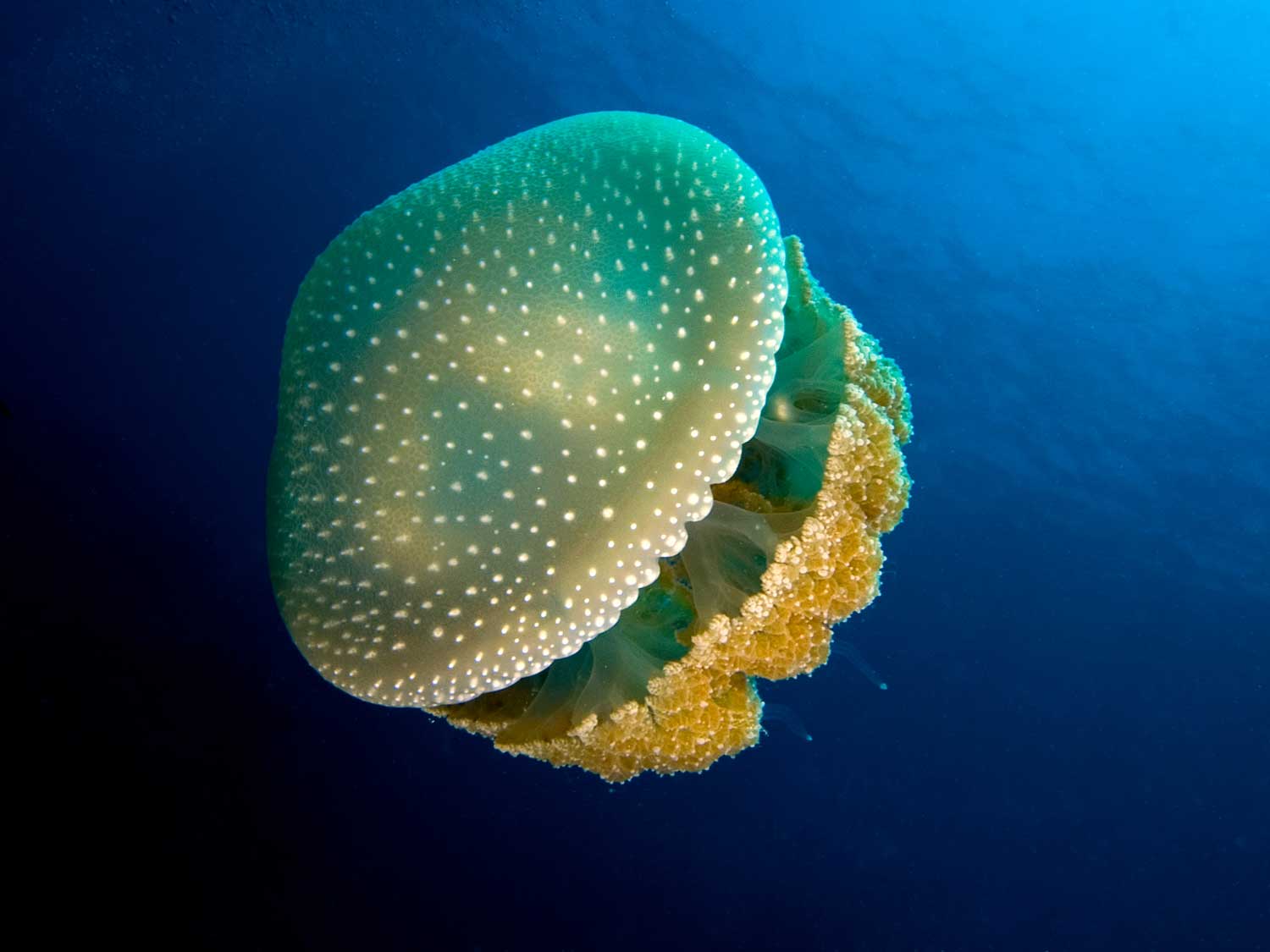 If jellyfish encounters would only cause skin rashes and pain, they would probably be just a nuisance. But sometimes the venom may contain haemolytic, neurotoxic or cardio toxic components that may lead to death from anaphylactic shock, respiratory or cardiac failure. In this particular study, 96 volunteers allowed themselves to be stung on their forearm by the Chrysaora chinensis jellyfish. Treatments were applied and the response measured as scores for both pain and erythema. To microscopically examine the effect on the increase or decrease of discharging nematocysts, the same treatments were also tested in an in vitro model on nematocysts. Treatments in question were isopropyl alcohol, hot water, acetic acid, papain meat tenderiser, lidocaine, and sodium bicarbonate.

Surprisingly, the most effective pain reliever was papain - an enzyme found in papaya fruit, known to be a strong digester of proteins and is believed to break down the jellyfish venom. None of the other topical treatments reached any statistical significance since it reduced pain and erythema and not triggering nematocyst discharge.

It was recommended to stay away from acetic acid and isopropyl alcohol when washing off the stung area to prevent triggering nematocyst discharge.

This research was inspired and funded by DAN (Divers Alert Network). Although research was conducted very precisely and statistical tests were sophisticated, the authors warn about the limitations of their study and the overall applicability of their findings to all kinds of jellyfish species.

There might still be room for new surprising findings. Keep yourself updated regularly by reading our medical news about the latest research in diving medicine – or turn in your own research ideas to DAN!