The body’s physiological response to high pressure during immersion.

Have you ever been bothered by any of this during your scuba dive? Gettin’ narced, equalization problems, the urge to relieve yourself, or headaches after diving?

Some love the feeling but not everybody experiences it – the narcotic effect of nitrogen, famous for depths at or beyond 30 meters. Its more poetic name, rapture of the deep, describes it very well. Signs and symptoms are pretty silly behavior. People mostly have a crazy smile on their faces and show movements similar to drunkenness. Divers often report a sense of joy, wellbeing or euphoria. People are not equally susceptible and, besides this individual difference, the effects it can also differ in the same individual from one day to the other.

But how does it happen physiologically?

First of all – according to P.B. Bennett – the narcotic effect is believed to be of physical and not of biochemical nature. Its main target is our central nervous system (CNS). It’s probably best explained by the Meyer-Overton-Hypothesis. Narcosis happens when the inert gas – Nitrogen – penetrates the lipids of the brain’s nerve cells and interferes with the transmission of signals from one nerve cell to the other.

While some people compare it to the effect of LSD, other smart people compared the mental impairment by nitrogen narcosis to having a martini on an empty stomach. This is why the same smart people called it the Martini Effect. If narcosis hits you and no one pulls you back up and you keep descending, then for every subsequent 10-15m the effect on mental impairment is the equivalent of having had one more martini. Narcosis itself is not life-threatening, but your responses to your environment or any equipment problems underwater could be. As any right-minded person wouldn’t drive drunk, you shouldn’t continue diving narced.

To avoid narcosis, it doesn’t help to drink alcohol the evening before the dive or if you feel stressed, overworked or anxious. These factors will all multiply the narcotic effect or trigger it more easily. Further influencing factors can be hard work, cold water, fear, descent rate, fatigue, illness, medication, obesity, and probably more. Your best life insurance, if you are prone to Nitrogen narcosis, is your dive buddy who just needs to pull you in shallower depths as soon as you start acting weird.

Equalizing your ears is what most of us have learned even before they started diving, namely when they had their medical check-up whether they were fit to start scuba diving at all. The ENT usually asks you to clear your ears. 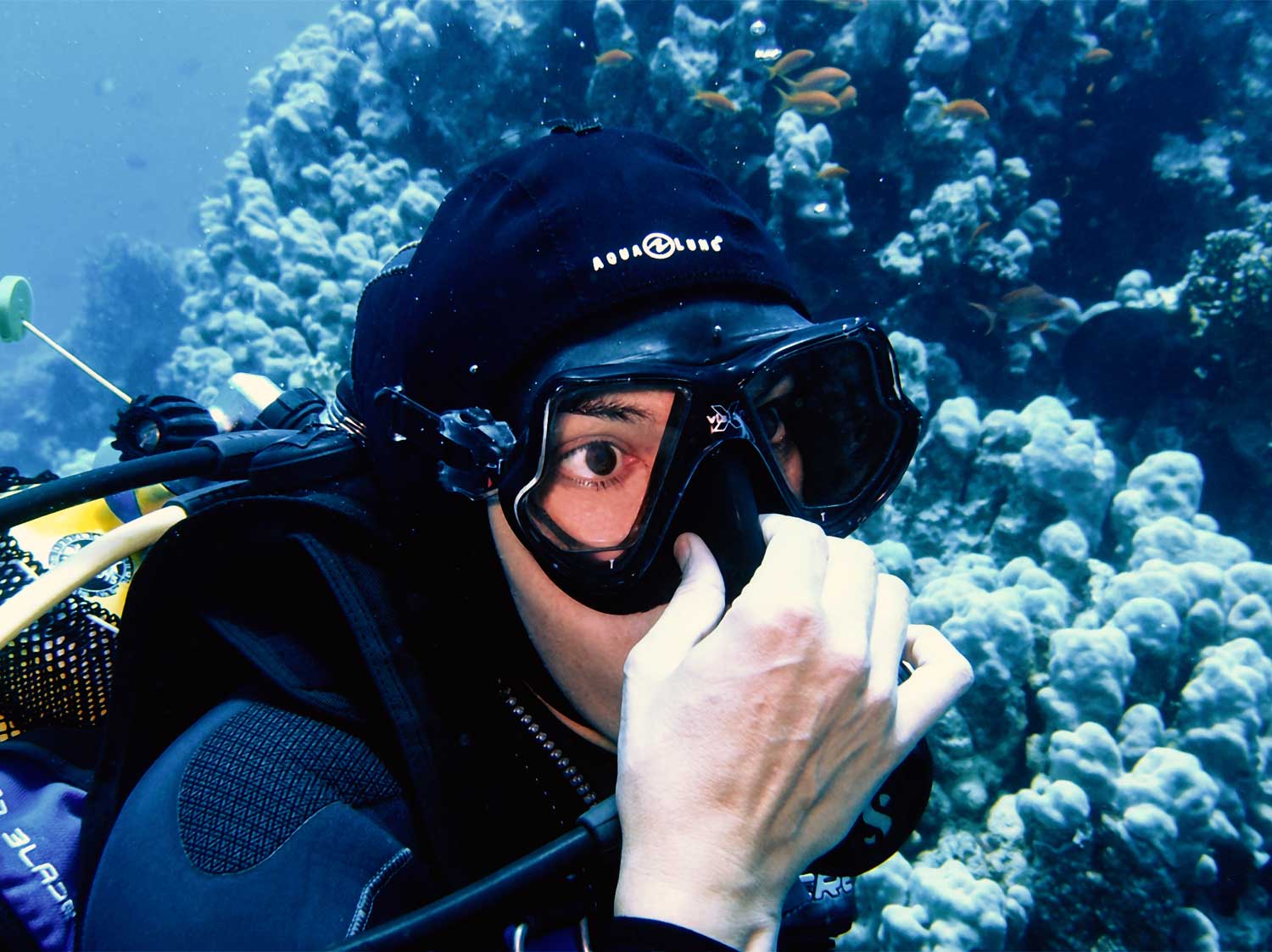 In scuba diving equalizing is a necessity in order to protect your eardrum, a very subtle membrane in your ear, from bursting due to increased pressure underwater while you are descending. With a hole in your eardrum you not only hear less but also water can come in and irritate your balance system (which sits in the vestibular organ in your inner ear). Besides, a ruptured eardrum also hurts and will keep you from diving for several months. If not healed properly, you can suffer from permanent hearing loss, vertigo and inflammation. So, better make use of the Eustachian tube inside your skull that connects your ear with your throat and enables you to push air against the inside of your eardrum. This will compensate – or equalize – the pressure from the outside. The deeper you descend, the more pressure will again push on the outer side of your eardrum. This is why you have to repeat the procedure many times when going down. The best is to equalize your ears early enough and often enough!

Since we are all different and some people have difficulties equalizing their ears it is nice to hear there are at least 5 different techniques for equalization. Pick the best for you!

If you keep having problems equalizing your ears, you should go to a specialist and have your ears checked. Don't force anything. You can ‘blow up’ your eardrum. After all, it’s a very fine membrane.

The urge to relieve yourself

With submersing into water a lot of physiological changes take place due to changes in temperature, gravity, oxygen absorption and, simply, the dive reflex.

Our cardiovascular system deals with the most important changes while adapting to the "new" environment by a so-called blood shift. Through the increased ambient pressure and its compression on our veins, especially in deeper immersed body parts, the blood of the legs is squeezed towards the body’s core, i.e. the abdomen and chest (if the diver is positioned vertically with head up). Approximately 400 to 800 ml of the venous blood are being shifted this way. The little capillaries – arterioles that surround the alveoli of the lung – hold this blood like a sponge and act against the pressure. This blood shift irritates the blood volume regulatory circuit. It activates the sensors but instead of real blood volume increase this is caused only by a volume shift. It triggers a whole physiological chain which was described first by Gauer and Henry and therefore called the Gauer-Henry-Reflex: the expansion of the thorax by the volume shift of blood and plasma activates receptors on the heart and the lungs which in turn signal the kidneys – via nerves and hormones – to increase urine secretion. The overall goal is to relieve the heart. Because of the surge of blood the heart has to work more which it compensates by a larger stroke volume. The heart rate stays almost the same. In short: immersion triggers increased kidney activity and higher urination which leads to dehydration and electrolyte deficiency in the long run. To compensate for it it is advisable to start hydrating – drinking water – two hours before a dive and also in between dives. 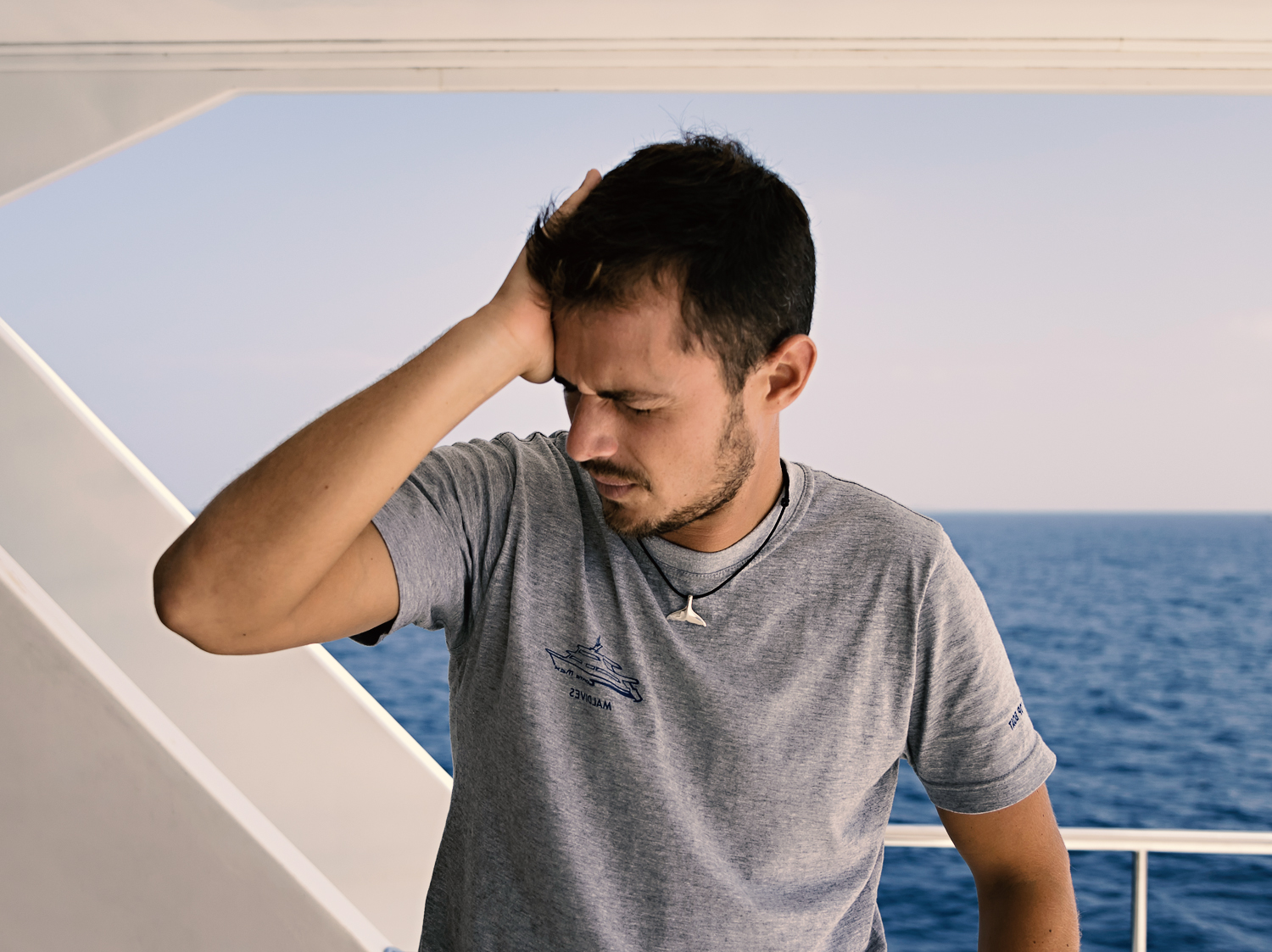 Furthermore, if you have ever encountered headaches after diving, the reason for it might have been one of these:

If headaches don't resolve quickly, you may need to see a doctor.