As divers, we want to breathe as comfortably as possible and trust our regulator to provide us with the right amount of breathing gas during the dive. To help us purchase a reliable regulator, in Europe, manufacturers are legally required to test their regulators according to the European standard EN250 and stamp them with a CE marking. The EN250 standard defines the minimum technical requirements for recreational diving regulators. The latest revision is called EN250:2014.

However, CE marking does not mean that all CE-marked regulators are the same. It only tells us is that a regulator meets the minimum requirements for underwater breathing equipment as defined in EN250. Performance still varies depending on regulator design and operating conditions, such as temperature and depth.

What does the CE marking mean?

CE marking in accordance with EN250:2014 means that a ‘regulator’ (i.e. a set consisting of a first stage with a single second stage) has been tested for use at depths of up to 50 m and water temperatures as low as 4 °C. Tests have been performed to make sure the regulator performs well at depth (work of breathing) and does not freeze up. You may find regulators marked “EN250 >10 °C”. These regulators are only approved for use in water temperatures above 10 °C.

When two divers are breathing from the same first stage (using a primary second stage and an octopus), the load on the first stage is increased. To be approved for use by two divers simultaneously, the first stage therefore needs pass additional tests. First stages that have been tested for the intended use with two second stages are marked with the letter ‘A’ (for alternate air source) after the EN250 stamp.

Note however that use for two divers simultaneously is tested only for a maximum depth of 30 m. Regulators for water temperatures down to 4 °C will be marked EN250A. When limited to above 10 °C, the marking is EN250A >10 °C. For deeper dives, a cylinder may need to be fitted with two entire, separate regulator sets (assuming that only one cylinder is used). 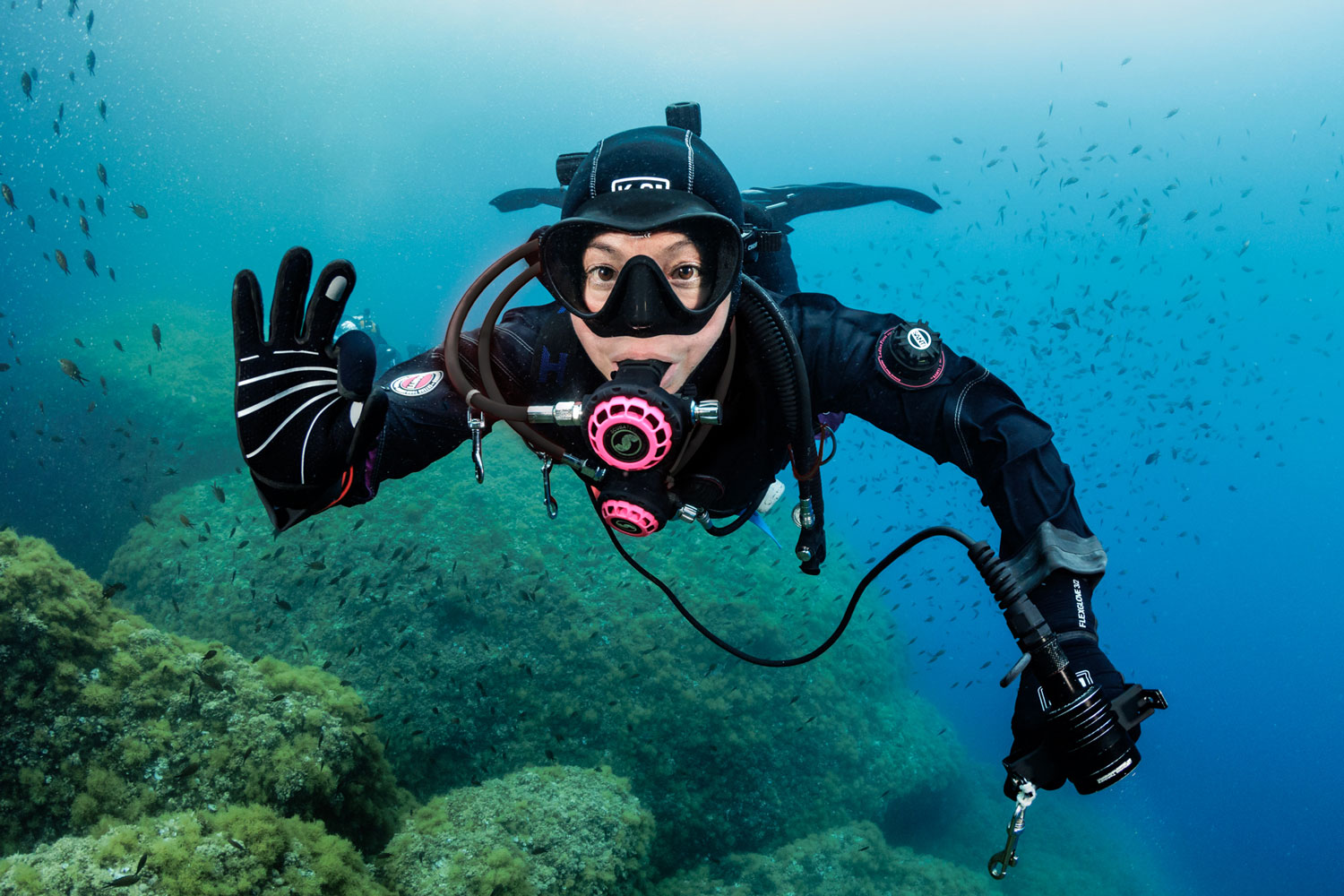 Many divers purchase a regulator and then add an octopus to it, or decide to exchange the hose for another, such as a braided hose or a hose of different length. The important thing to realise is that when changing or installing another second stage, or exchanging a hose (regardless whether any of these are individually CE marked products), the regulator performance might change. The manufacturer is responsible for the performance of the regulator, and you should follow the manufacturer’s instructions when making changes. Unauthorised changes may result in the regulator being used outside of the approved range and may even void the warranty.

A good example would be if a high performance second stage were connected to an unbalanced first stage. This could result in an intermediate pressure drop, which could in turn increase breathing resistance – potentially to levels exceeding the EN250 requirements – and result in serious problems. Dive equipment manufacturers therefore will have a list of approved individual components (such as first stages, second stages and hoses) and approved additions (such as an octopus), which are certified to be safely used together.

Considering potential safety and even liability implications where operators rent out scuba equipment to divers, it is important to ensure that only regulator configurations certified and approved by the manufacturer are used. Manufacturers sometimes take this a step further and prohibit the use of non-original or non-approved spare parts, such as O-rings, or even lubricants.  Many dive operators keep a supply of (non-specific) first-stage O-rings or lubricants. As the use of non-original or non-approved spare parts could result in serious safety issues, even voiding CE marking and product warranties, manufacturers usually specify that only their authorised dealers, service centres, or trained technicians are permitted to make changes to their regulator sets, and that only manufacturer-approved components and lubricants may be used.

Special thanks to Scubapro for their input on CE certifications for regulators.

Guy Thomas is an expert Diving and First Aid Instructor Trainer and works full-time as Director of Safety Programs at DAN Europe, where he is responsible for the development and implementation of the DAN Europe Safety Initiatives. He also is a member of the Special Rescue Team of the Italian Red Cross and operates as a Helicopter Rescue Swimmer/Diver Medic, onboard a SAR helicopter of the Italian State Police.