It may sound obvious, but it's still true: men and women are physically and physiologically different. This is of particular interest when it comes to address specific health concerns in diving activities. Here are some aspects that female divers should consider. 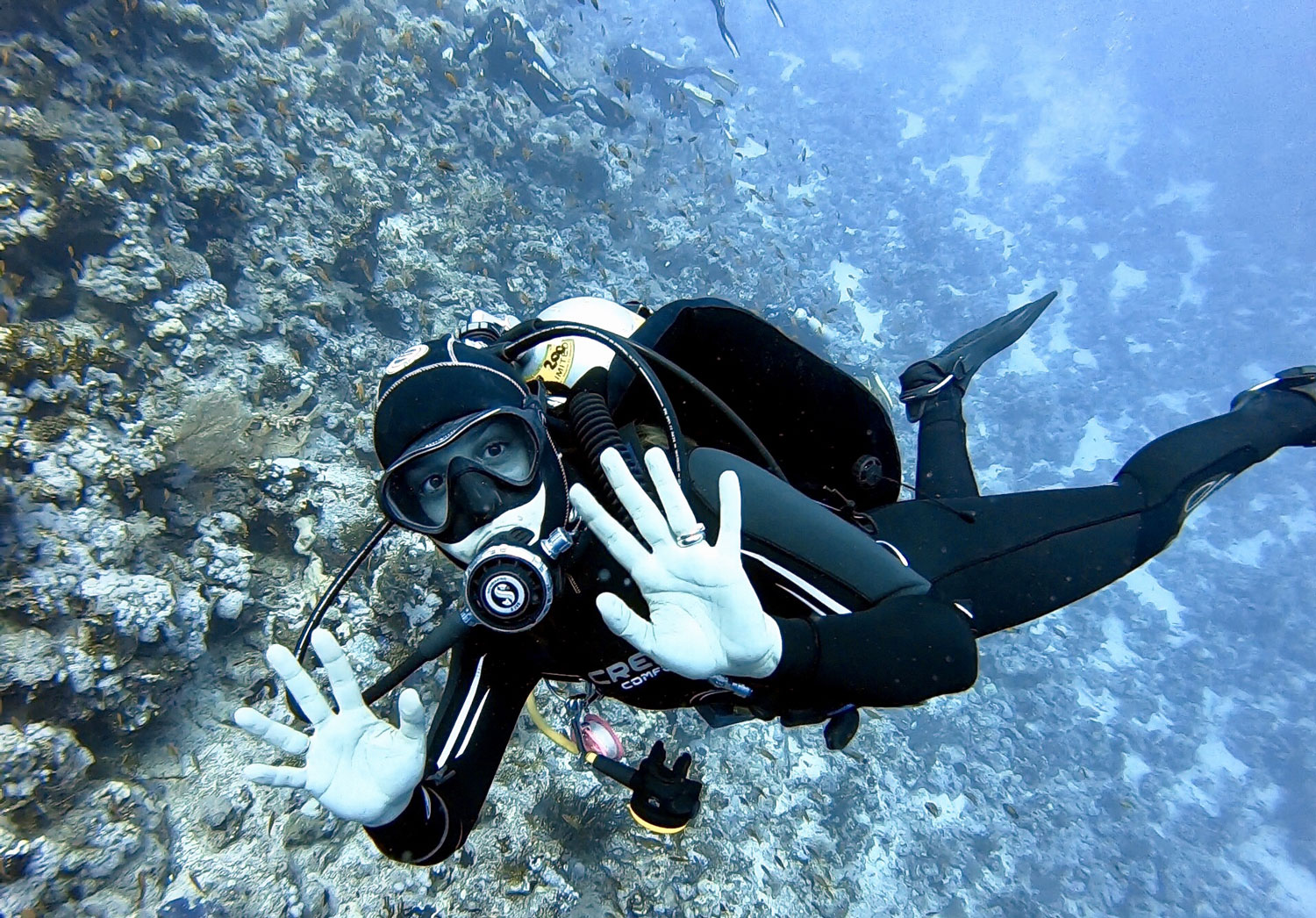 For both sexes, body temperature is affected by factors such as body fat content, fat distribution, and body surface-area-to-mass ratio.  Hormonal differences may affect thermoregulation, but body composition and size typically drive responses to cold exposure. Total heat loss may be greater in women because they generally have higher surface-area-to-volume ratios and lower muscle mass compared with men. All divers should wear a suit that fits well and keeps the body warm.

Anxiety, dizziness, feeling cold and the potential for panic may be exaggerated during menstruation or premenstrual syndrome. Women should be aware of how menstruation affects them and consider if associated symptoms might compromise dive safety. Temporary iron deficiency during menstruation may reduce exercise capacity so women should be prepared to modify diving, if necessary. Research suggests there may be a slight increase in risk for decompression illness during the follicular stage of the menstrual cycle. Women might consider reducing their diving during this time.

Use of oral contraceptives may contribute to clot formation, which can lead to a thromboembolic event such as pulmonary embolism, heart attack or stroke. These events are unmanageable under water. Quitting smoking, exercising regularly and moving frequently during long trips can help minimize the risk of an emergency due to clot formation. 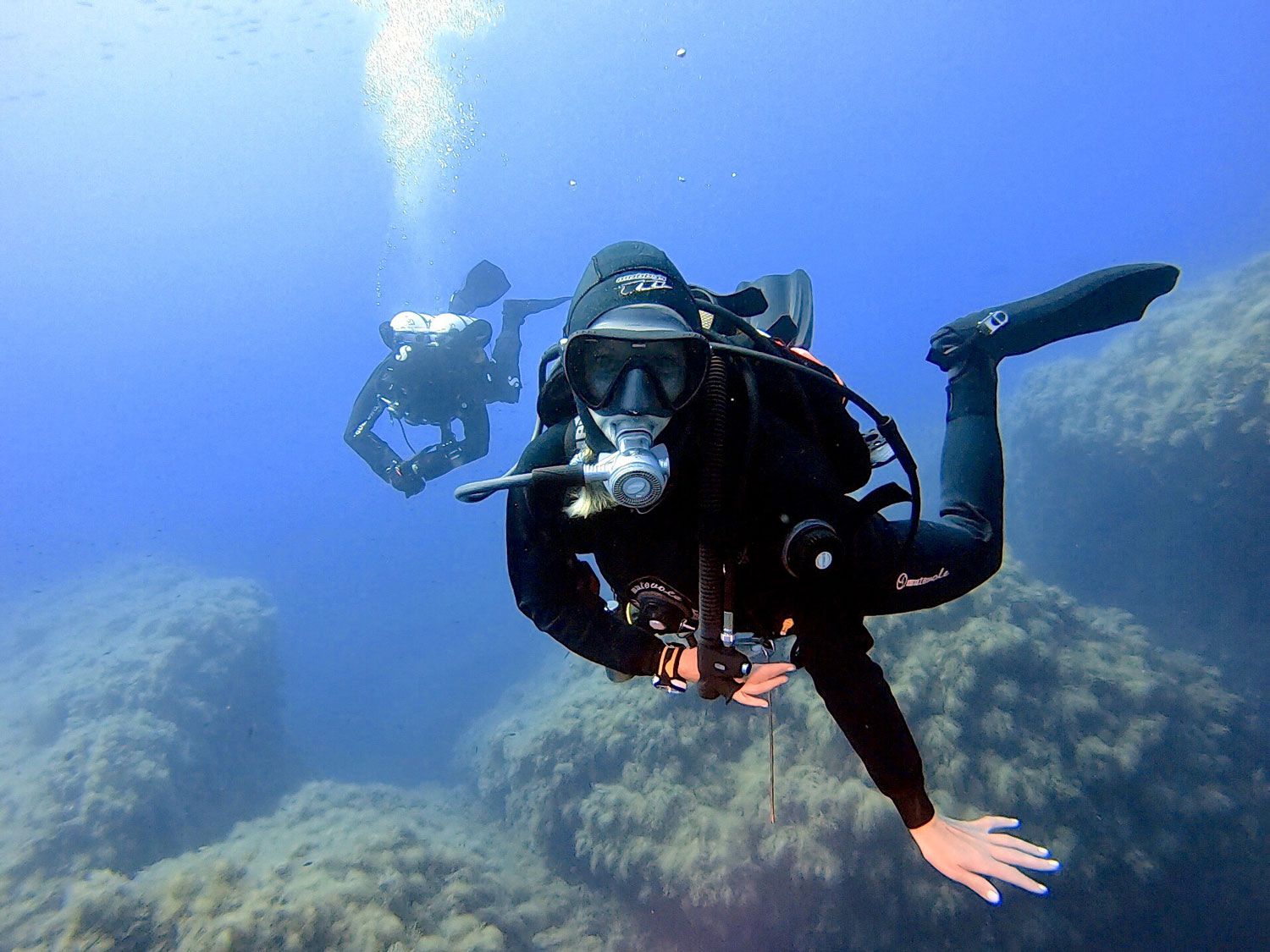 Pregnant women, women who think they may be pregnant or women trying to become pregnant, should avoid diving. A survey of 208 mothers who dived during pregnancy showed higher rates of low birth weight, birth defects, neonatal respiratory difficulties and other problems.1 A similar survey conducted in 2016 also suggested a strong association between fetal malformations and scuba diving during early pregnancy. 2Decompression studies conducted on sheep demonstrated that a fetus may develop bubbles before the mother displays clinical symptoms of decompression sickness.3,4  All sheep studies showed very high rates of fetal loss.

Most data on freediving and pregnancy comes from Japanese ama divers and Korean haenyo divers, for whom freediving for pearls and abalone is a way of life. Many ama divers continue to freedive well into pregnancy without many adverse effects, although profiles are modified. Conservative freediving during pregnancy may be considered a safe activity for enjoyment or relaxation (provided good maternal and fetal health), but it is not an ideal form of exercise.

The recommendations regarding a return to diving after childbirth vary based on the type of delivery. After a normal vaginal delivery, a woman can resume diving in about 21 days. This allows time for the cervix to close, which limits the risk of infection. An uncomplicated cesarean section generally means eight to 12 weeks of not diving to allow the mother to regain cardiovascular fitness. If a woman is put on bed rest due to complications, waiting more than 12 weeks is prudent because of deconditioning and loss of aerobic capacity and muscle mass. 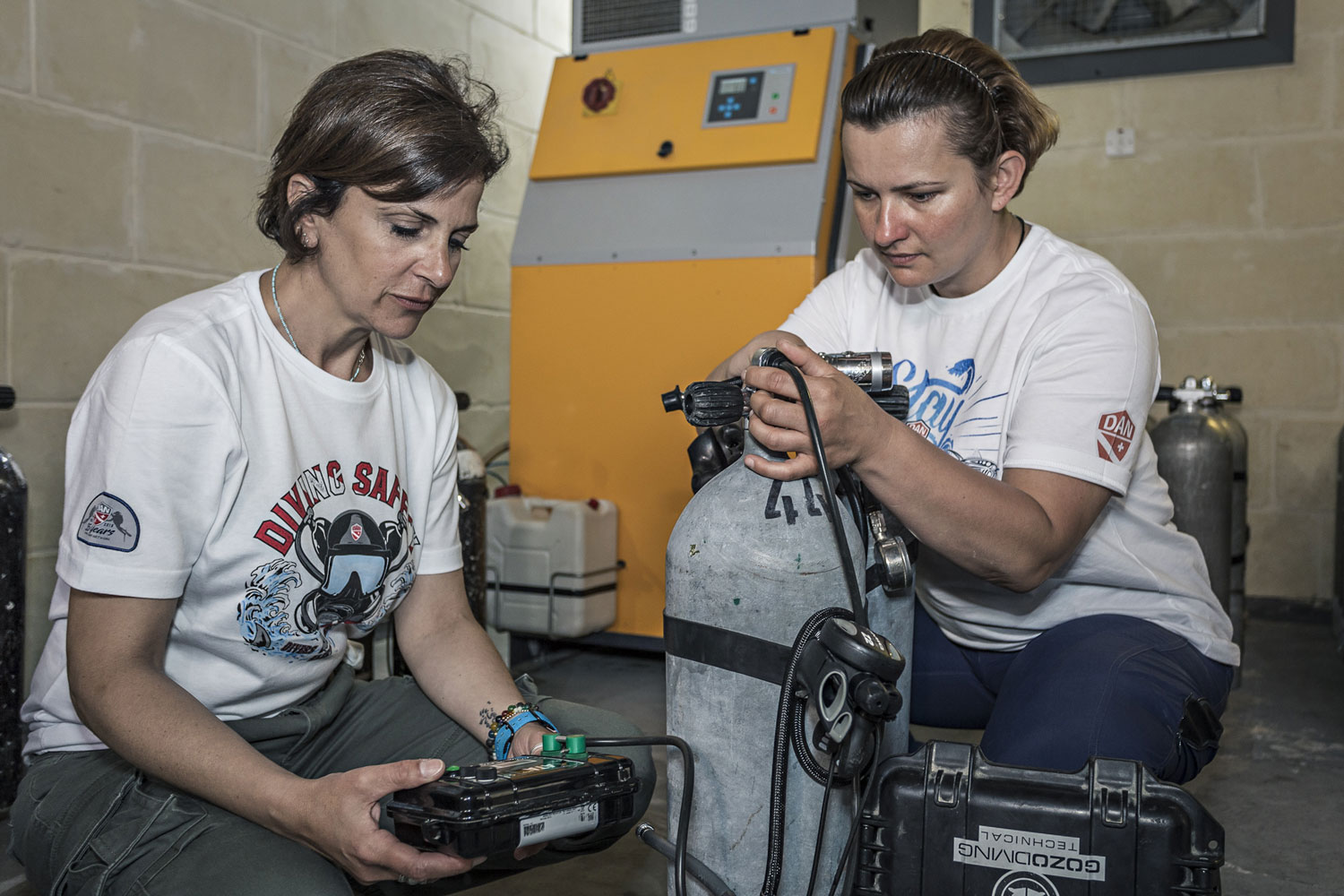 Diving is considered safe for mothers who are breastfeeding. Nitrogen does not accumulate in breast milk, so there is no risk of the baby absorbing dissolved nitrogen. Diving can be dehydrating and may interfere with milk production; appropriate hydration is important.

Fitness to dive following plastic surgery depends on the procedure. Botox injections, for example, typically require little down time. Diving can be considered once there is no risk of infection. Dermal fillers warrant more consideration; the concern is not the ambient pressure in the diving environment but rather displacement of the filler caused by pressure from the diver’s mask. Diving after major plastic surgery such as abdominoplasty (a “tummy tuck”) or breast implants is deemed safe once the treating physician has released the patient for full and unrestricted activity — six to eight weeks is typical. 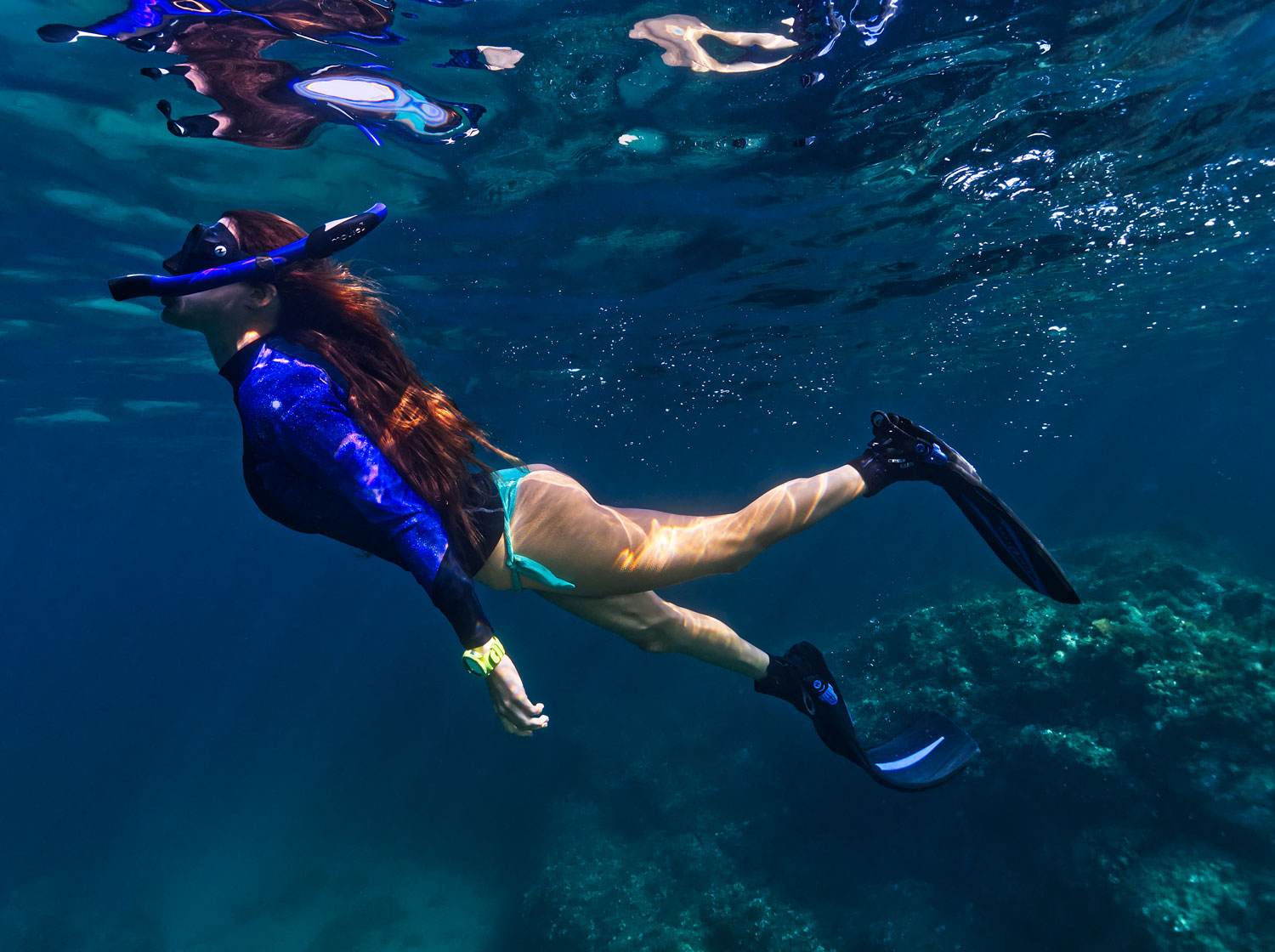 The symptoms of menopause can be both physical and emotional, including anxiety, decreased energy, hot flashes, sleep disruption and mood changes. Nonetheless, menopause is not a contraindication to diving, assuming symptoms do not compromise dive safety, nor is it the greatest risk for aging female divers. Medical concerns associated with aging — such as hypertension, heart disease and diabetes — require greater attention, as they are more likely to affect diving.

DAN fatality reports show that cardiac incidents are among the top three disabling injuries in diving fatalities, regardless of sex.5,6  Cardiovascular disease can be misdiagnosed as dive-related illnesses, especially in women, because of the increased incidence of ambiguous symptoms such as fatigue, malaise and/or flulike symptoms. In any emergency situation, timely first aid is critical.

Preventative health for women as they age includes awareness of the increased risk of osteoporosis.  Compromised bone health is not a contraindication for diving; women who have been diagnosed with osteoporosis or severe bone loss, however, should take precautions such as putting on tanks in the water, avoiding carrying tanks on land and avoiding hazardous shore entries such as rocky beaches. 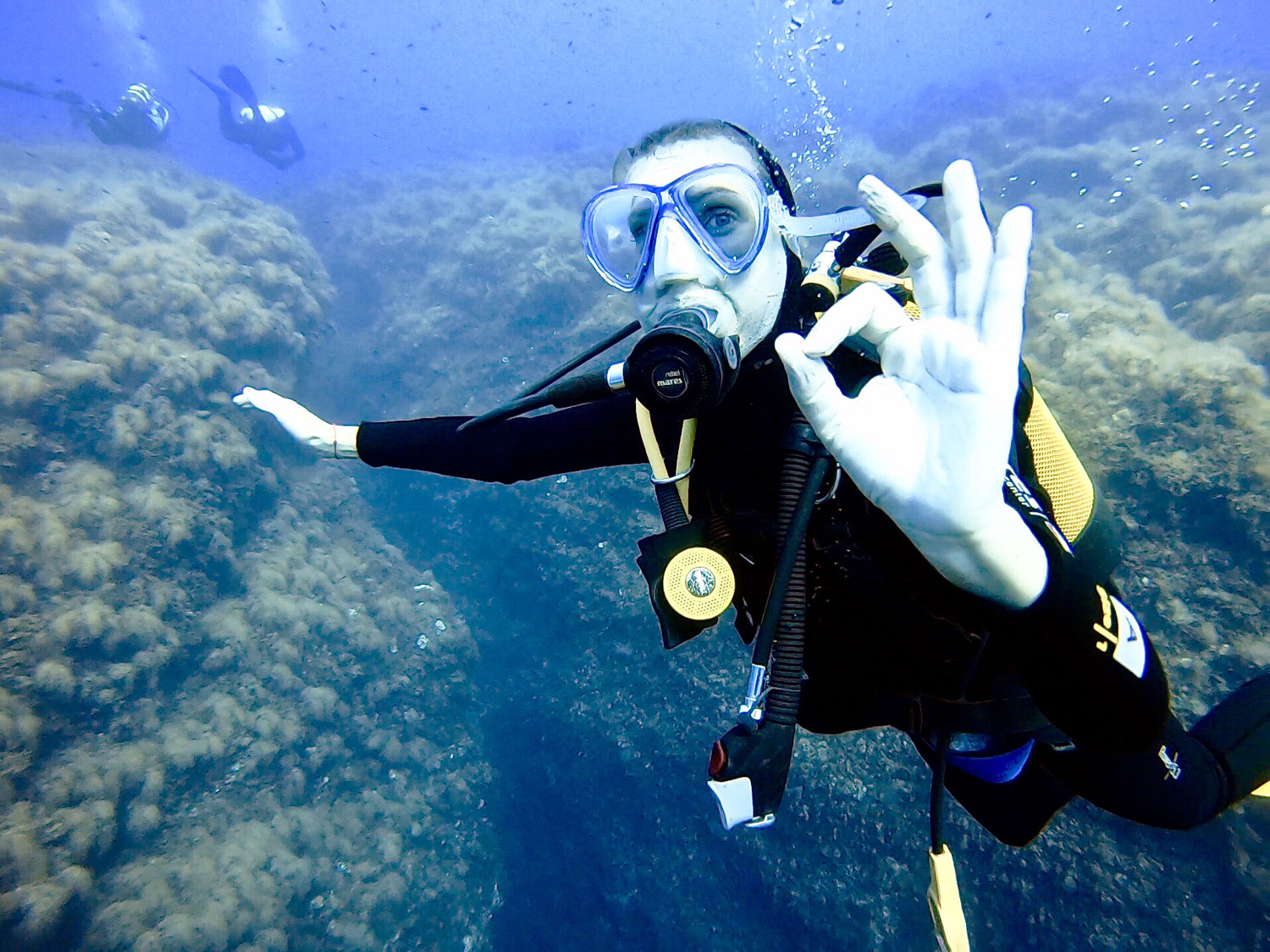 While male and female divers have more similarities than differences, understanding health considerations of particular relevance to women is useful to all women who dive — and those who dive with them.

Before leaving make sure your DAN membership is still active. If it isn't, join DAN or renew your membership at www.daneurope.org.