Divers know it all too well: barotrauma epidemics occurring on a liveaboard or on long dive trips are not due to the interference of some supernatural entity, they are due to equalisation mistakes. For all we know, the infamous Ghost of Dead Corals—the main suspect behind electrical anomalies and mysterious boat sinking—does not mess with divers' ears.

Equalising while the ambient pressure is rapidly increasing is not an ability required in the natural environment of humans as land animals. We need to equalise mechanically only in particular conditions, such as in the landing phase of an aircraft or during a descent down the water column. Coming down a mountain on foot we don’t need to equalise. Jumping off the top Mt. Eiger’s north face could possibly cause a need to equalise, but nature appears to have weeded out the genes of those who might at one point or another in human evolution have consented to participate in such an experiment. Undoubtedly some divers can equalise with ease, almost without realising it. Who knows if they are descended from populations who ventured underwater, or the forgotten offspring of those who headed down off the Eiger?

The art of equalisation

As scuba divers we breathe constantly through a regulator, which allows us to maintain our lungs at their normal volume and use any equalisation technique at any depth. Moreover, our use of the Frenzel and hands-free techniques is aided by the air coming into the oral cavity from the regulator. We have it easy. The true artists and high priests of equalisation are found in freediving. Freedivers don’t breathe through a regulator. For them, the Valsalva manoeuvre stops working at depths as shallow as 10 metres. To use the Frenzel and hands-free techniques, freedivers need to move air from their lungs into their oral cavities first by a variety of techniques, depending on the depth. 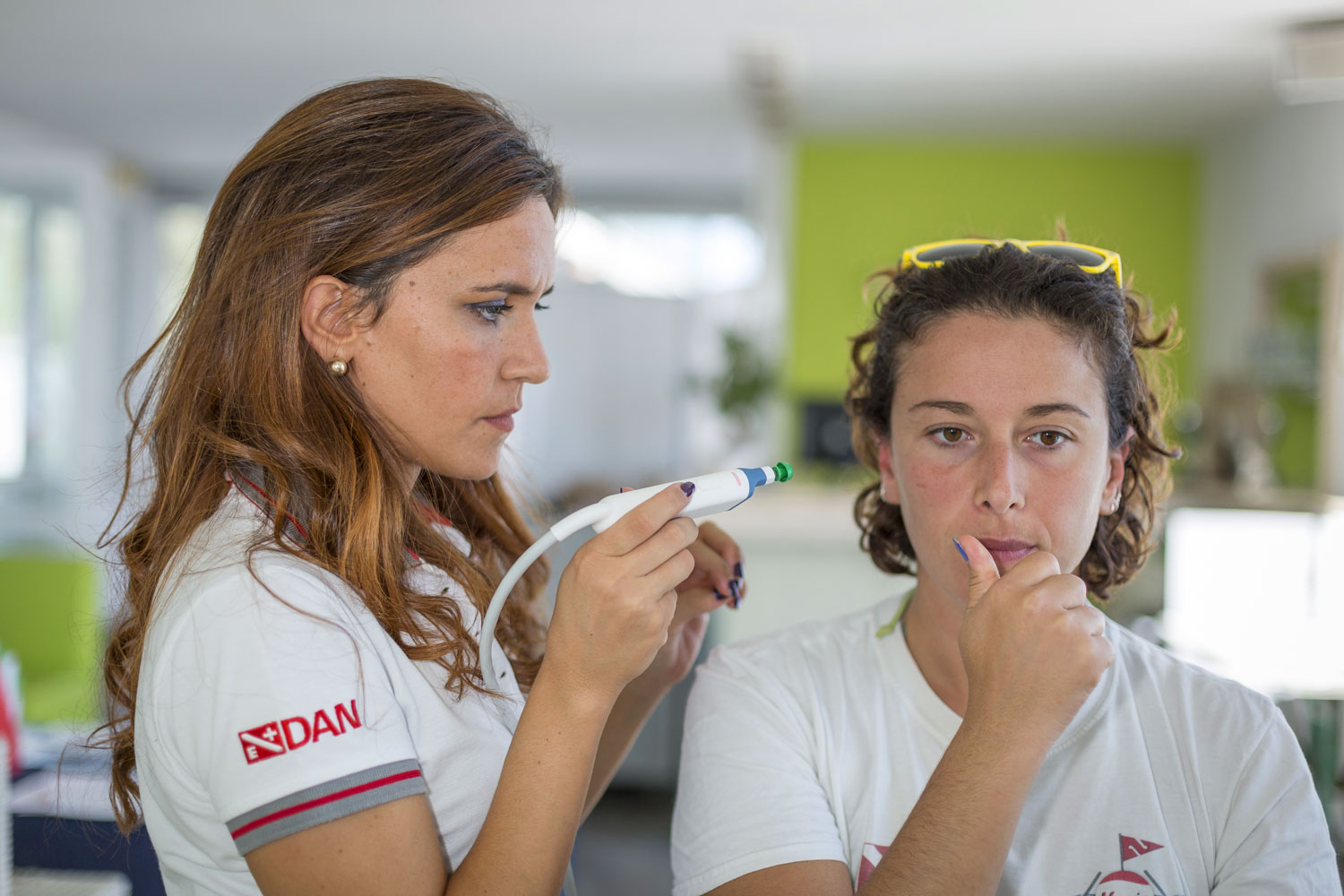 The best known and most utilised technique among scuba divers is snubbed by freedivers due to its limited potential. It takes its name from Antonio Maria Valsalva, an Italian anatomist of the 17th century. He was also the first to note that this manoeuvre affects the pressure of the intrathoracic system and the heart. The Valsalva manoeuvre is now considered one of the causes that encourage the migration of microbubbles from one atrium to another in divers with a PFO (Patent Foramen Ovale). However, this isn’t why freedivers snub it: Because the lungs of freedivers are compressed at depth, abdominal pressure can no longer be used to further reduce the lung volume at depths as shallow as ten metres, making this technique impossible to use.

Two and a half centuries later, in 1938 to be precise, Ears Nose & Throat (ENT) specialist Dr. Hermann Frenzel, an officer in the German Luftwaffe, developed a technique which he taught to Stuka pilots, the infamous dive bombers. In this technique, the tongue comes into play by pushing air upward and toward the back of the palate, so that the volume decreases. Since the glottis is closed, the pressure increases. The soft palate is open, and the nostrils are closed. The increased pressure in the nasal cavity then induces the eustachian tubes to open. In some people, the opening of the tubes is eased by a mechanical effect that allows the tubes to open at a lower pressure.

The Frenzel manoeuvre can be performed in two different ways. The first relies 100% on pressure generated by the movement of the tongue. The second uses 50% pressure and 50% biomechanics: The tubes open due to the movement of the tongue and the contraction of the upper nasopharyngeal. In either version, the Frenzel manoeuvre reduces the stress on the middle ear and the equalisation effort. 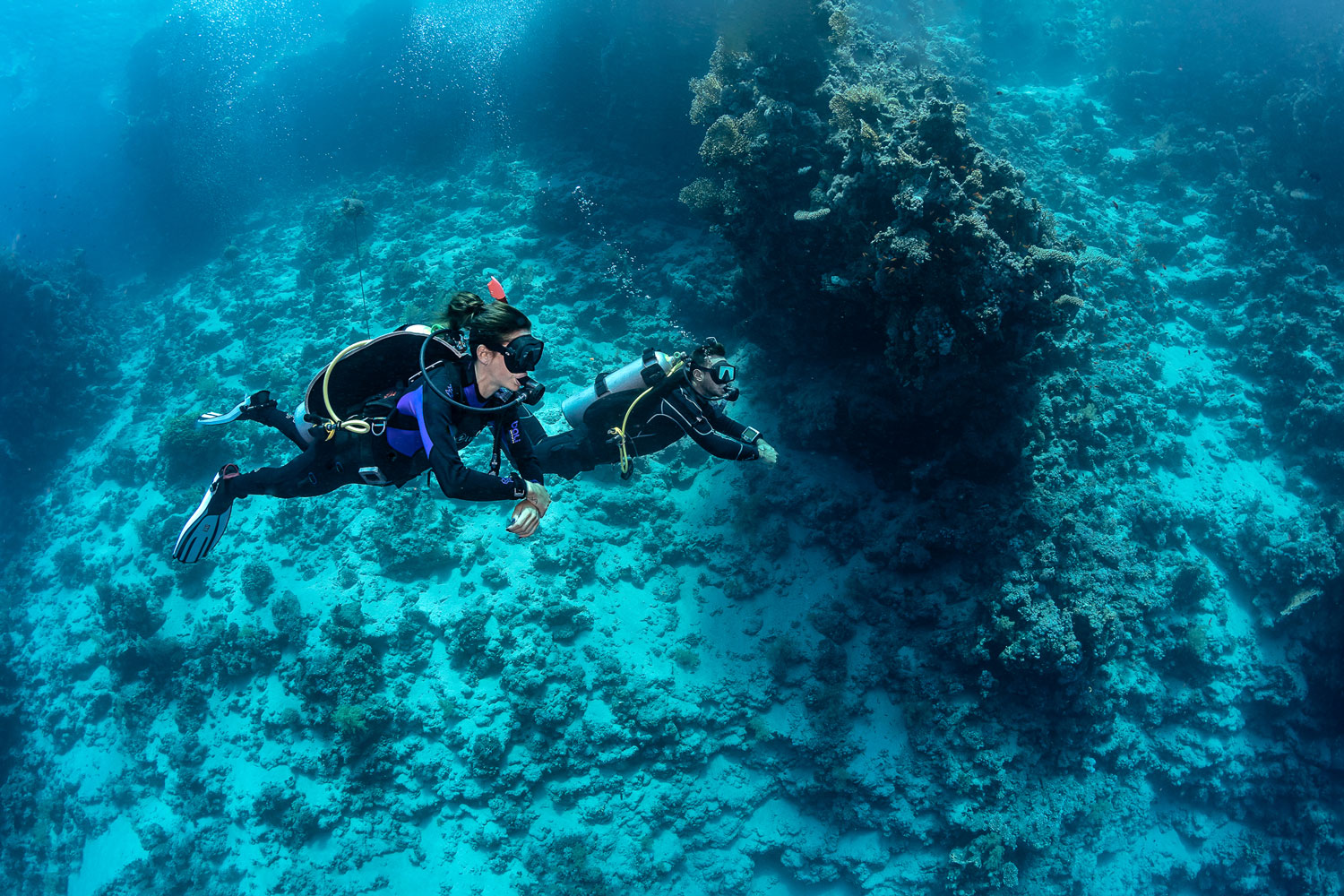 On land, the gesture of pinching the nostrils between thumb and forefinger usually signals an unpleasant smell. Underwater and among divers, the same signal means something completely different: The instructor, or the buddy, is reminding us to equalise. This simple signal can induce a misconception: Many divers don't know that with a little practice, it is possible to equalise without even touching the nose. Using the hands-free technique, the diver opens the soft palate, which allows air from the regulator (at ambient pressure) to fill the nasal cavity and mechanically open the tubes. During descent, the pressure inside the middle ear and the ambient pressure are equalised automatically.

We’ve already described three techniques here, but for freedivers willing to exceed depths of 30 m, this may still not be enough. These divers rely on their own advanced versions of the Frenzel manoeuvre and the hands-free technique, and ultimately something called the mouth-fill technique. In the latter, the freediver uses their mouth and cheeks as a compressor to push air toward the middle ear.

Except in the no-limits discipline, freedivers always dive head-down. Scuba divers can afford to descend (and equalise) more comfortably in a feet-down or horizontal position. It should be noted that using the Valsalva manoeuvre in a head-down position can be harmful to a diver due to an increased risk of overpressurising and congesting the diver’s middle and inner ear. 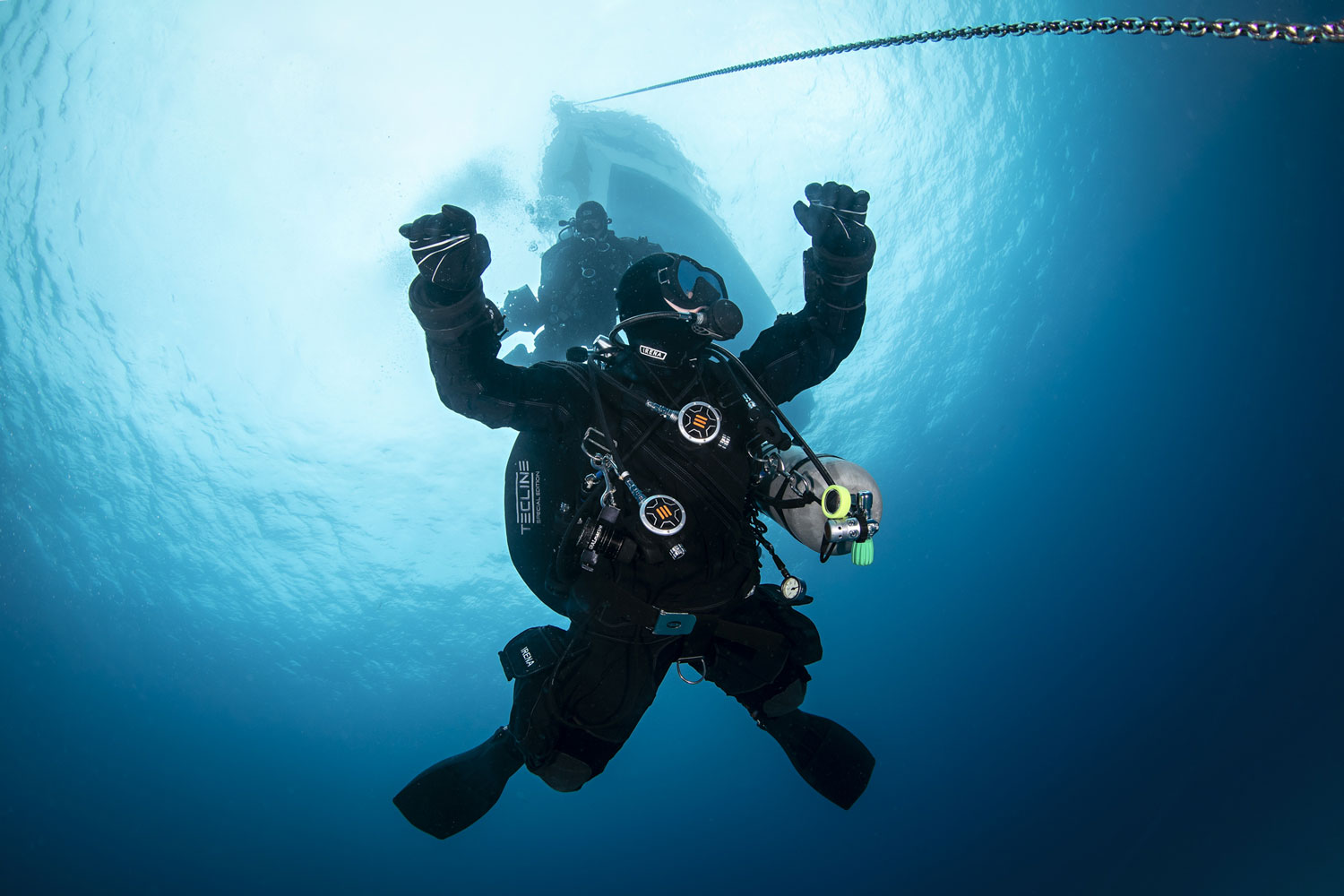 The pace of equalisation

While we learn to listen to our bodies better with practice and over time, equalisation mistakes can persist. Even though the textbooks are very clear about equalising before we feel discomfort, how many times did we need to be reminded by our ears?

Learning to control the muscles in its body is an ancient challenge for homo sapiens. In order to walk upright, speak, sing, type, or play the piano, our body requires precise coordination between our muscular system and the nervous system. In speech therapy, patients learn to become aware of the functions and actions of muscles and organs involved in forming speech. This aspect of speech therapy has become an integral part of the training of divers seeking to improve their performance and safety during descent. Who would have thought that moving and controlling the tongue, or forming the “T,” “Ka” and “N” sounds underwater, could make your ears safer and more comfortable?

More on this subject:

Are you looking to increase your awareness and skill level in equalisation? DAN Europe has got your back. Italian “No Limits” freediving champion Andrea Zuccari, has teamed up with DAN Europe, to create the Equaleasy-Equalisation Awareness Course designed to put you in control of your equalisation and provides three levels of certification depending on your interest and qualifications; Equaleasy student, Instructor or Instructor Trainer. Learn more about the course here: Equaleasy course.